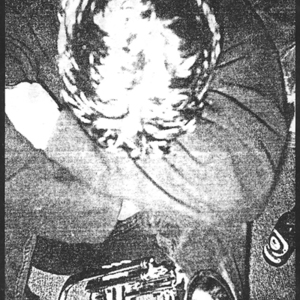 Brainbombs are a noise rock group from Hudiksvall, Sweden formed around 1986. The band consists of Dan R?berg, Peter R?berg, Jonas Tiljander, Drajan Bryngelsson and Lanchy Orre. Drajan and Lanchy also play in the punk band Totalit&auml;r. Brainbombs have been infamous not only for their abrasive music but their extremely explicit lyrics, depicting rape, murder and child molestation among other things. Despite only being able to produce limited releases and do small tours, Brainbombs have been continuously active since their formation.

In 1986 Brainbombs appeared on two underground compilation albums, "Unveiled" on Mechanik Cassettes and "In the Shadow of Death" on Cold Meat Industries. Soon after they released their first single "Jack The Ripper Lover". Between 1986 and 1992 they had a few more singles and compilation appearances before releasing their first full-length album Burning Hell on Big Ball Records.

Throughout the 90s Brainbombs released three more albums: Obey, Genius Brutality-Taste Power and Urge to Kill, as well as some more singles and EPs. In the 2000s they continued releasing singles but didn't release another full-length record until 2008's Fucking Mess. Most recently they have released another single titled Substitute For Flesh.

Brainbombs is also the name of a German punk rock group.

Disposal Of A Dead Body

Genius And Brutality... Taste And Power