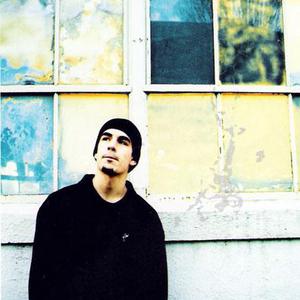 1. MC from Portland, Oregon. 2. A house-centric alter-ego of Praveen Sharma (of Sepalcure, Praveen & Beno&icirc;t) 3. Hardcore band, probably active in the 90's. 1) Always on a musical mission, BRAILLE has become one of rap's best-kept secrets. He has released three solo albums, performed throughout the U.S., Europe and Japan with artists like the late James Brown, De La Soul and others, been named one of the ?Next 100? by URB magazine and collaborated with rap heavyweights such as 9th Wonder, CunninLyguists, and Pigeon John.

1) Always on a musical mission, BRAILLE has become one of rap's best-kept secrets. He has released three solo albums, performed throughout the U.S., Europe and Japan with artists like the late James Brown, De La Soul and others, been named one of the ?Next 100? by URB magazine and collaborated with rap heavyweights such as 9th Wonder, CunninLyguists, and Pigeon John. All of these accomplishments set the stage for Braille's fourth album, the splendid The IV Edition (Syntax Records).

In addition to being his fourth album, the title represents three other things. Braille wants the album to serve as an IV to distribute musical medicine for social illnesses directly into the veins of the society. IV also stands for ?International Vision? (becoming more aware of what's going on in the world around us) and ?International Version? (the album is made for an international audience and features German, French, Finish and Australian producers like M-Phazes, Aetoms, Staffro, etc).

The album's title song serves as an ode to Braille's rap roots. Produced by Marco Polo and featuring scratches from Rob Swift, the energetic, drum-driven tune is a lyrical showcase that caters to rap's tremendous subterranean following. ?The underground hip-hop base is a lot bigger than people think it is,? Braille reveals. ?Sometimes when people think of the word underground, they think of basement albums that just get dubbed on tape. So I'm sticking to my roots. I believe that the audience for lyricism and good hip-hop is much larger than most people assume. I wanted to start with the hip-hop base and take it from there.?

Elsewhere, Braille acknowledges his personal and artistic history on ?Remember Your Path? and channels the energy of music icon James Brown on ?Main Squeeze,? with whom Braille toured as an opening act during 2005 and 2006. Then on ?Calculated Risk? Braille gets personal by examining his decision to pursue and create lyric and beat-drive rap music with spiritual overtones. It's been a full time mission since 1999. ?This could really end up being really detrimental to my career. I understand the risk of doing what I've done thus far. I understand the risk that I might not make it, that people might not buy my records. I understand those risks, but it's still worth it to me to put everything into a making a record the way I want it to sound and not worry about what's going on in the industry and on the radio.?

Braille was attracted to hip-hop at a young age. Hearing the variety of different styles and artists that existed during the early- to mid-?90s, Braille was inspired by the idea that he could write songs based on his own personal experiences and that he didn't have to fit into any specific stereotypes. One group that was fundamental in Braille's development at the time was A Tribe Called Quest, who changed his outlook on music with its landmark 1993 album Midnight Marauders. Rap was in the midst of a gangster rap renaissance at the time and the album's uplifting, positive vibe gave the then teen-aged Braille a boost. ?Hearing people talk from different perspectives, I started to realize, ?Hey, I could make music and still be myself,'? the Portland-raised rapper recalls today. ?It was fine that I grew up where I grew up. My size, stature and my personality are all attributes. They're not negatives. That's just who I am, so I felt that if I embraced those things, then I could do whatever I wanted with it.?

Growing up, Braille had more to worry about than music. Born in Portland, he and his family relocated to New Jersey when he was in high school. During his stay on the east coast, his family went bankrupt and returned to Portland to live with Braille's grandmother. However, Braille enjoyed being close to Philadelphia and New York and decided to stay by himself on the East Coast. In 1999, when he was 17, independent startup ESWP music released his first album, Lifefirst: Half The Battle.

The battle to survive proved too tough, so Braille moved back to Portland only to find out there was no room in the house for him. He took a bus to Los Angeles in order to pursue a career in music. After a year in LA, he went back to Oregon and met the woman that would eventually become his wife. With music dreams, no high school diploma and newfound responsibility, Braille and his future wife started a business cleaning out repossessed homes.

That wasn't the work Braille wanted to do, so he and his wife moved out of their place, put their stuff in storage and lived out of their van while they toured around the United States doing concerts. They didn't ask for payment at shows. With no bills, they sold merchandise to pay for gas and food. ?I didn't have many career options because I spent most of my teenage years working on music,? Braille says. ?That's where I invested all of my time, so I was willing to make some sacrifices in order to continue pursuing it.?

Fortunately, the more Braille pursued his dream of making a living making music, the more real that dream became. He buckled down and in 2004 released his second album, Shades of Grey. The collection featured collaborations with 9th Wonder (Jay-Z, Destiny's Child) and Rob Swift and laid the foundation for a successful career. Thanks to such powerful, politically minded songs as ?Keep On,? it was easy for URB magazine to tap Braille one of their ?Next 100.?

The following year, Braille's newly formed label Hiphop IS Music released his third album, Box of Rhymes. Following the album's release he would experience the joy of becoming a father as well as the pain of loosing one. The IV Edition deals with these issues and provides an outlook compromising of social change, spiritual beliefs, confidence and the ability to carry on.

Though he did not grow up in a spiritual household, Braille found the spiritual references he encountered in rap encouraging and decided to act upon them. ?I believed there was something out there,? Braille says, ?and I started out trying to be a positive person. I felt a gut on my heart and I eventually ended up meeting this other artist, Trust One, and when we got together, I thought we were going to talk about hip-hop. He told me more about God and I started on my path as a follower of Christ. That had a big impact on the direction I took in life and as an artist"

2) As the house-oriented solo project of Praveen Sharma (see Sepalcure, Praveen, and Praveen & Benoit), Braille combines classic chicago house vocals with deep, dubby melodic elements, all under the pulse of post-dubstep-influenced, sub-dominating bass. His debut EP, The Year 3000, is slated for a May, 2011 release on Rush Hour.

3) No info about them, released a demo tape.