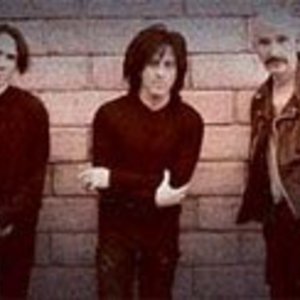 One of the many bands to emerge on the Magna Carta label (a record co that specializes primarily in prog rock artists, especially collaborations/supergroups) is the aptly named Bozzio Levin Stevens. Featuring three players who many feel are at the top of their respective instruments in the rock world: drummer Terry Bozzio, bassist Tony Levin, and guitarist Steve Stevens. Terry Bozzio first came to attention of rock fans as the drummer for Frank Zappa (appearing on such ?70s-era classics as Zoot Allures, Zappa in New York, Sheik Yerbouti, etc.

Terry Bozzio first came to attention of rock fans as the drummer for Frank Zappa (appearing on such ?70s-era classics as Zoot Allures, Zappa in New York, Sheik Yerbouti, etc.), before becoming a founding member of new wavers The Missing Persons, and a much sought after session man.

Tony Levin on the other hand, is primarily known as a session man (having played on such renowned albums as Paul Simon's Still Crazy After All These Years, John Lennon's Double Fantasy, Dire Straits' Brothers in Arms, etc.), but he's also been a long-standing member of Peter Gabriel's backing band, and was a member of King Crimson for an extended period as well.

Like the others, Steve Stevens has balanced his career between being a full time member of rock groups (he's best known as Billy Idol's right hand man on his best known albums, Billy Idol, Rebel Yell, and Whiplash Smile, as well as briefly working with Vince Neil), as well as session work (Michael Jackson's Bad, a Grammy award for his work on the Top Gun movie soundtrack, etc.).

Never ones to pass on an opportunity to show off their immense instrumental prowess, the trio jumped at the chance to unite together and shred away. 1997 saw the release of the trio's debut album, Black Light Syndrome, which left prog rockers frothing at the mouth (especially since nearly all of the album's seven tracks came close to reaching the ten minute mark). A supporting tour didn't happen, due to scheduling conflicts, but three years later, a sophomore effort was released, 2000's Situation Dangerous (an album that took only 14 days to record). It's anyone's guess as to if or when the trio will get around to issuing another recording -- as all three continue to have quite demanding recording schedules.