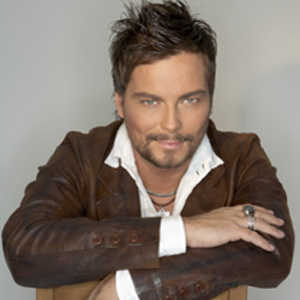 Bosson, 37, was born Staffan Olsson in S?r? outside of Gothenburg, Sweden. He has traveled the world, lived in other countries like Brazil, and he is a megastar in Russia and Asia. Bosson began to sing along with the radio as a toddler and, at the age of six, he began singing in front of audiences. His stage name of "Bosson" comes from the fact that his father's first name is Bo, and the singer is Bo's son.

Bosson's first band was called Elevate, which landed a recording contract with Virgin Records in the early 1990s, resulting in three hit singles. In 1994, Bosson was a finalist on the TV show "Star Search." Soon afterward, the sexy singer went solo.

Bosson exploded into worldwide fame with his global megahit single "One in a Million," which was featured in the Hollywood film Miss Congeniality, starring Sandra Bullock. The song earned Bosson a Golden Globe nomination for Best Original Song.

From there, Bosson toured as an opening act for Australia's Kylie Minogue and California's Britney Spears while writing songs for other major recording artists like Amy Grant and Al Di Meola.


What gets the singer-songwriter inspired to compose such romantic music for his adoring throngs of female fans?

"It can be enough to turn off the lights and light some candles and just sit alone somewhere and think a lot," said Bosson. "Everything happens inside of you, it's your thoughts. It's just that you have to put yourself in that frame of mind."

"Every song has its own little story that tells you something," the songwriter emphasized. "That's when you can relate to a situation, when somebody else is singing about something that you are feeling right in that moment. That's when you feel that you're not alone in a situation, that there are others that feel the same way."

What is Bosson's advice for all the singers and songwriters trying to make it in the music business? "If you just follow your heart and do what feels right, people will hear that."