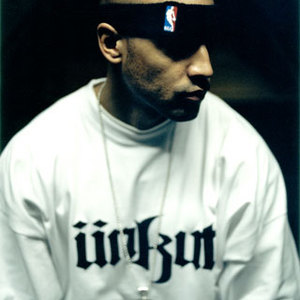 Elie Yaffa (born December 9, 1976 in Boulogne-Billancourt, France), better known by his stage name Booba is a French rapper of Senegalese and French descent, from Boulogne-Billancourt, a commune in the western suburbs of Paris. He began his career as a rapper in 1994. In 1996 he co-wrote, with Ali (the co-founder of Lunatic) "Le crime paie". And from 1997 to 1998 he was incarcerated for the robbery of a taxi driver. Lunatic went on to found their own label, 45 Scientific, and in 2000 released the much vaunted Mauvais Oeil.

In 2002 he produced his first solo album Temps Mort to critical acclaim. He then signed to Universal and went on to release his second solo album Panth?on in 2004. In 2006 he released "Ouest Side".

In 2004 Booba launched his own clothing line ?nkut. It was featured in an Xbox Live Marketplace downloadable add-on for the Xbox 360 game Saints Row.

In February 2006 Booba contacted the police concerning the kidnapping of his mother and brother.

He recently worked on a song with Akon called "Gun In Hand."

He is currently in a well-publicized feud with another well-known rapper in France, Sinik. Sinik is of mixed Algerian and French descent.

He is going to be in the next 50 cent album which is coming out september 11th but only in the French version. He is going to take one of Tony Yayo verse.