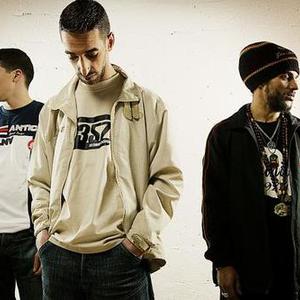 There are 7 Bands/artists called "Sniper": 1)Sniper is a French hip hop band composed of four sons of immigrants from the suburbs of Paris. The band was formed in 1997 under the name Personnalit? Suspecte, but changed its name later. Many of the group's songs handle very political themes, such as the Israeli occupation of Palestine in Jeteur de pierre and a perceived injustice in the French political system in La France.

2) Sniper Was an Oi! band based in West Philadelphia in the mid 90's comprised of skins, punks and straight edge members.

3) Sniper from Finland is a white power rock band formed in 1997. They have been hailed as "the new kings of the Scandinavian NS skinhead music scene."

4) Sniper is a German Death-Thrash-Metal Band. A first demo was recorded which was followed by the first CD "Your World is Doomed" in 2004. The new album, "Seducer of Human Souls, released in 2006 shows a mix of fine details embed in a strong death-thrash sound.

6) Sniper is a chicano gangsta rapper

7) Sniper is a Japanese speed metal band from 1985

Waiting for the good times