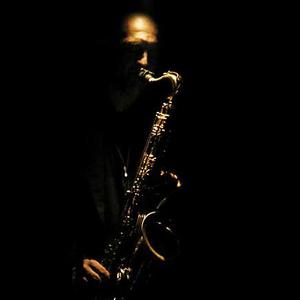 Bohren & der Club of Gore are a noir jazz band founded in 1992 in M?lheim an der Ruhr, Germany by Thorsten Benning (drums), Morten Gass (keys), Reiner Henseleit (guitar), and Robin Rodenberg (upright / double bass). They play a crossover of jazz and ambient, which they self described as an "unholy ambient mixture of slow jazz ballads, Black Sabbath doom and down tuned Autopsy sounds". Over the years they have continously reduced and compressed their music to extremes.

Originally, the members of Bohren, who were school friends, started out playing in various hardcore bands such as 7 Inch Boots and Chronical Diarrhoea in 1988. Driven by the idea of a more unique style of music, they formed Bohren (German word for drilling) in 1992 to play, as they called it, "doom ridden jazz music". In 1993 the band released a 7-inch EP for Suggestion Records. 1993 also saw the band expand their name to Bohren & der Club of Gore, as a link to the Dutch instrumental band Gore, which inspired Bohren to play instrumental music. 1994 followed the longplayers Gore Motel and the double set Midnight Radio (1995), both on Epistrophy Records, where Bohren introduced its musical vision between slow jazz- ballads and doom-guitars.

Henseleit left the band in 1996 and was replaced by Christoph Cl?ser, a Cologne-based composer and musician in 1997, replacing the guitar with a saxophone at the same time.
The band released Sunset Mission (2000), a "slow but nonetheless melodious blend of Saxophone, Fender Rhodes, Bass and Drums" on the Hamburg-based label Wonder. 2002 Bohren released Black Earth where the band tried to expand the possibilities of new avenues explored in SUNSET Mission, followed by the subsequent conceptual CD Geisterfaust (2005). GEISTERFAUST carries the principles of reduction and compression to extremes and at the sametime it is a band- experiment in new "tone colours" (Tuba, Bass-Trombone, Vibraphone, choir). Both CDs are released on WONDER. In autumn 2008 the new CD Dolores appeared on the Belgian label Pias."With DOLORES Bohren's habit of making music which often makes the listener feel like he or she is stuck in some dark room in which the oxygen is slowly and mercilessly being extracted has changed.When listening to DOLORES, listeners are sure to get feeling that ? after all these years ? the shutters are being raised, the windows thrown open, fresh air and sunlight are flooding into the room. Quite by chance, the most natural thing in the world, cool, crisp and brazen."

In 2009 Bohren released the 10-Minutes Track MITLEID LADY. The track was Bohren's contribution to the Latitude Serie of Southern Records. In the style of John Peel's legendary BBC ? Sessions, the London-based label Southern Records started with the Latitude ? Series a similar project ? it invited bands to never-to-be repeated series of session ?recordings in a limited edition, recorded and mixed in one day in Southern's London Studios. MITLEID LADY was recorded in November 2007, because of contract difficulties, it was released in autumn 2009.

On 22nd April, 2011 the last BOHREN ?release so far appeared ? BEILEID (PIAS): Three pieces, 37 minutes of eventful uneventful music, including a coverversion of WARLOCKS ? Catch my heart" from HELLBOUND, the band's second album from 1985 with young Doro Pesch on vocals. In the BOHREN-Version it is guest ? singer MIKE PATTON, who graced the song with an unbelievable performance.