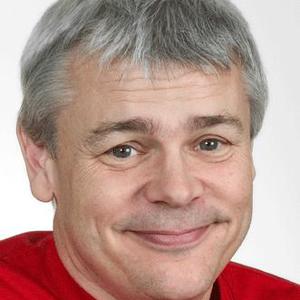 Bob Rivers is a well known American rock and roll radio on air personality in the Pacific Northwest as well as a prolific producer of parody songs, most famous for his Christmas song parodies.

During his tenure with WAAF, Rivers started producing parody and novelty songs, both for the station and for the KATZ/Newcity "American Comedy Network", a radio syndication service that provided comedy material to local U.S. and Canadian radio stations. One of the first parodies he produced was "Breakin' Up Is Hard On You", about the lawsuit and the resulting Bell System divestiture, the court ordered split up of U.S. telecommunications company AT&T's Bell System. The song was sung to the tune of Neil Sedaka's #1, 1962 hit "Breaking Up Is Hard To Do" and peaked at #69 on the Billboard Hot 100 pop music chart.

In the spring of 1988, at Baltimore radio station "98 Rock" WIYY-FM, as a lead morning show personality between 1987 and 1989, Bob Rivers gained national attention for an 11-day, on-the-air marathon during a Baltimore Orioles losing streak. He vowed to remain on the air until the Orioles won a game. He kept his vow and became a local celebrity among Orioles fans for his pledge.

During his time at 98 Rock, he and WIYY radio collaborated with Sheffield Recording Studios to continue his campaign of 'Twisted Tunes'

After arriving at KISW in Seattle in 1989, Rivers released a second album of humorous holiday-themed music in 1993 entitled I Am Santa Claus (the title track was a parody of Black Sabbath's song "Iron Man"). Since then, three other Christmas-themed albums have been released, including: More Twisted Christmas (1997); Chipmunks Roasting On an Open Fire (2000); and White Trash Christmas (2002).

Bob Rivers and his Twisted Radio show have also produced a countless number of regular, non-holiday parodies covering anything from pop culture to politicians, to the various sports teams and players in the Seattle area. These "Twisted Tunes" can be heard for free on his website. CD compilation albums are also available.

Chipmunks Roasting On An Open Fire

I Am Santa Claus