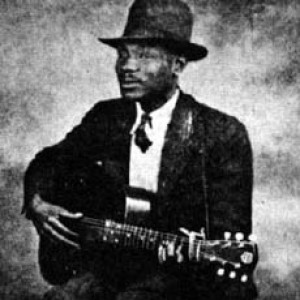 Blind Boy Fuller (born Fulton Allen) was an American blues guitarist and vocalist. Fuller was born in July 10, 1907 in Wadesboro, North Carolina and died February 13, 1941 in Durham, North Carolina. He played a steel National resonator guitar. As a boy Fuller learned to play the guitar and also learned from older singers the field hollers, country rags, and traditional songs and blues popular in poor, rural areas. It is reported that around 1926 he suffered from ulcerated eyes and became partially blind. His vision continued to deteriorate until 1928, when he was completely blind.

As a boy Fuller learned to play the guitar and also learned from older singers the field hollers, country rags, and traditional songs and blues popular in poor, rural areas. It is reported that around 1926 he suffered from ulcerated eyes and became partially blind. His vision continued to deteriorate until 1928, when he was completely blind.

He started playing at informal gatherings and as he grew older, the opportunities for a blind black man being limited, he turned to getting what employment he could as a singer and entertainer at dives, street corners, house parties, and dances for pay.

He became well known enough that in 1935 he received an offer to record. Over a period of five years, Fuller made over 120 sides and his recordings appeared on several labels.

His style of singing was rough and direct, and his lyrics explicit and uninhibited as he drew from from every aspect of his experience as an underpriviledged person on the streets -- pawnshops, jailhouses, sickness, death -- with an honesty that lacked sentimentality. Although he was not sophisticated, his artistry as a folk singer lay in the honesty and integrity of his self-expression. His songs contained desire, love, jealousy, disappointment, menace and humor.[1]

Blind Boy Fuller was one of the most popular of the Piedmont blues artists that counted Reverend Gary Davis, Blind Willie McTell and Blind Blake amongst its number. He was so popular that when he died, his prot?g? Brownie McGhee reluctantly began a short lived career as Blind Boy Fuller No. 2 so that Columbia Records could cash in on his popularity. His song, 'Trucking My Blues Away', also gave America the famous saying 'Keep On Trucking'. He was often accompanied on harmonica by Sonny Terry.

Blind Boy Fuller died from a severe bladder infection in 1942, when he was only 33 years old. Blind Boy Fuller was an expressive vocalist and a masterful guitar player, best remembered for his uptempo ragtime hits "Rag Mama Rag," "Trucking My Blues Away," and "Step It Up and Go." At the same time he was capable of deeper material, and his versions of "Lost Lover Blues", "Rattlesnakin' Daddy" and "Mamie" are as deep as most Delta blues. Because of his popularity, he may have been overexposed on records, yet most of his songs remained close to tradition and much of his repertoire and style is kept alive by North Carolina and Virginia artists today.

The location of the final resting place of Blind Boy Fuller is Grove Hill Cemetery, located on private property in Durham, North Carolina. State records indicate that this was once an official cemetery, and Fuller's interment is recorded. The only remaining headstone is that of Mary Caston Langey.

Blind Boy Fuller has been recognized on two different plaques in the City of Durham. The North Carolina Division of Archives and History plaque is located a few miles north of Fuller's gravesite, along Fayetteville St. in Durham. The City of Durham officially recognized Fuller on July 16, 2001, and the commemorating plaque is located along the American Tobacco Trail, adjacent to the property where Fuller's unmarked grave is located (several hundred feet east of Fayetteville St.).

Get Your Yas Yas Out