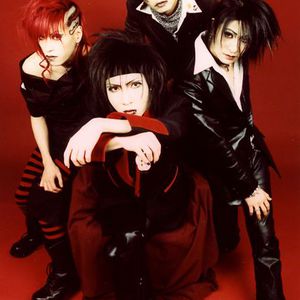 2) Blast, the fourth of five children, Blast grew up in South Chicago where gangs were rampant and getting caught up in a life on the streets was the norm. But he was determined to take a different path, and by the age of nine, had focused his energy on rap music. My first rap album was Dr. Dre. After I bought the Chronic, it was a wrap. I knew I was in love with hip hop, Blast remembers. Rap became
more than something to listen to, and he soon found inspiration from well-known artists like Wu-tang, Notorious B.I.G., Jay-Z, UGK and Scarface. At the age of 13, Blast moved with his mother to Texas. "It was a different world. I would vibe with all my friends in the studio and just sit back and listen. But, I
didnt take it too seriously," Blast said. He graduated from high school and moved back to Chicago to attend college. It wasnt long before he realized music and rapping was what he really wanted to do. "I was in school battling and writing verses and songs everyday and I knew I was made for this." He moved back to Texas and hooked up with Big Gun Records where he started working on mixtapes. It was easy to hear he brought a unique style to the industry with his mix of Midwest slang and East Coast flow, combined with Southern flamboyance.

Music didnt pay the bills, so Blast had to take on various jobs to keep the lights on, the water running, and on occasion, to buy some clothes or a pair of sneakers. "I was working two jobs and staying at the studio until four or five in the morning trying to make this rap shit happen." After differences with the label on the project, Big gun and Blast parted ways. "Honestly speaking, I wasnt serious and hungry as I should have been. Big Gun had all the equipment, all the tools, and the mind set to do something in this game," he said. He kept in close contact with Mario Cuin and Johnny Cuin, both of Big Gun and one day received a call asking if he was REALLY ready to do this rap thing, his answer was "Hell yeah! I didnt appreciate what I had until I left the label and was out by myself," he added. Soon after rejoining Big Gun, Blast started working with hot producers, including Mannie Fresh, Collipark, Happy Perez, Play-N-Skillz, and Mr.Lee. As well as big name artists like Bun B, Scarface, Akon, Big Tuck and more."It was crazy when I worked with Bun B and Scarface because I looked up to them and grew up on they music. I learned a lot just being in the same studio with them." Recently, Blast has been working with Unkut, Big Gun's newest member. He's also partnering with a friend from high school, Jay Breezy, and another member from the label Young Esco. "Weve been coming along with hot shit and I know people arent gonna expect the shit weve been doing. Thats why I called the album Unexpected. Ive been doubted my whole life by everybody."
Expect the unexpected this summer.

3) Four piece English singing indie rock based in Moscow formed in the late 90s by Georgian singer/song writer Noshrevan "Nash" Tavkhelidze and Russian guitarist Alexandre "Khlap" Iartchevski with Bulgarian musicians Vlado and Vaylo. Blast are currently the biggest band in Moscow's flourishing underground rock scene. Signed up with British(Philippe-London)/Australian(Frank-Melbourne) indie label Ghost Records. Released first single "Bury the Shoe Girl" recorded in Manchester UK and produced by Mark Tolle(Stone Roses and The Mock Turtles). Released with distribution by Shellshock in HMV and Tower Records. PR campaign was done by the company Work Hard PR based in London with airplay and interview on London radio station XFM. Released their debut album "F..k the Industry" last year which included the track "Alright" which was a radio chart hit in Moscow for many weeks. Album featured on keyboards special guest Seamus Beaghan (credits include Paul Weller and Morrissey). Album recorded at Spotlight Studios in London and produced by Graham Pilgrim (3 Colour Red,The Stranglers, The Go-Betweens, Alabama 3 and The Vessels). As an added bonus the album was airplayed on Steve Lamacq's BBC Radio 1 Monday evening show last year whilst Blast were in the middle of a mammoth UK tour, 18 dates in 21 days. Blast have played with Badly Drawn Boy at the Oppi-Koppi festival in South Africa, Blur, Muse, The Orb, Franz Ferdinard in Moscow and Razorlight, The Warlocks, Thirteen Senses and the poet/comedian John Hegley in the UK. Played at the "In The City" festival in Manchester 2 years ago and recently headlined at the University of Northampton. Recorded 2 new tracks in summer 2006 in London with producer Russ Keffert(Blur, The Rakes, Crash Convention and Larrikin Love). Due to family reasons Khlap has left the group and has been replaced by Misha from the Moscow band Mothers Little Helpers.

4) Blast are a Netherlands-based avant rock and jazz quartet notable for compositionally complex music. Since forming in 1989, the band has worked to develop a sound both dense and kaleidoscopic, which uses elements of both intense composition and free improvisation. On Altra Strata, they play like a heavy metal band who've discovered new instruments and new music. With the addition of new drummer Fabrizio Spera of the Italian improvising ensemble Ossatura, there's an even greater emphasis on improvisation here than in the past, and this should strongly appeal to the new brigade of appreciators of free-music in this post Sonic Youth world. Altra Strata is a vibrant combination of influences from 20th century classical, the Rock In Opposition bands of the 1970's and a violent approach to free and composed avant music.

5) Blast was a very popular 80?s Danish band known for their energetic live performances and their many members. Blast stopped as a group in 1990 after 10 years existence with more than 300 concerts and 4 albums.
In 2005 the group did a reunion concert. Around the same time EMI Records released a CD with 12 of their best songs from the 4 albums and also added two bonus tracks from a live session in Hookfarm Studio from 1985.
Through out the years Blast has had numerous line-up changes, but always kept people from the original setup. A well known vocalist is Hanne Boel, before her solo career. Many of the musicians has been influenced by American music styles and especially west coast music. This you can hear in many of the arrangements of the songs, mixing pop, soul and funk.
See also: http://www.bluedesert.dk/blast.html

6) Blast (aka Be) is an underground hip hop artist from Rhode Island, born in 1992. Currently unsigned, Blast makes an effort to be a different kind of hip hop, and his major influences include Atmosphere, Mike Shinoda, Nas, and Immortal Technique. Inspired by the death of his father at age ten, he began writing rap music to kill time, and keep his mind off of it. Years later he continues to make the music that saved his life. Still in high school, Blast spends his time owning his craft, while planning for a more major push with his music after graduation.

7) A Hardcore band from Santa Cruz very similar to Black Flag in sound. They also went by the name BL'AST and sometimes mislabeled b'last and sometimes with an exclamation mark at the end.

They formed in 1982 as M.A.D., around 1984 they changed their name. Their first album The Power of Expression was released on WishingWell Records in 1986 (later re-released by SST records in 1987). They released two more albums on SST Records.

8) "The Blast" is an indie-rock band made up of four Americans based in Japan. They released one album, "You I've Seen," before disbanding.