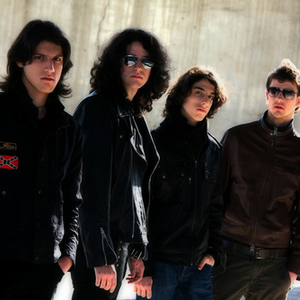 .. ...... .. .. .. .. .. .. .. .... Life is a game... The gamble requiring full devotion of the player. It enthralls with its uprises and falls, keeps one acting, take chances, cry, laugh, take close to heart and sense the real joy of Life and Existance...!.. ...All this is Black Jack. .. .. .. ..Playing the "Black Jack".. .... The well-known Dutch Culture historian Jogan Hejsinger had considered the culture a game. To be more precise, he believed that "the culture demonstrates its understanding of the world and life itself by means of the game". He even had introduced a new definition for Man ? Homo ludens ? the Playing Man. One may certainly declare that we (the "Black Jack" band) could rather be referred to as the Homo ludens than the Homo sapiens. Actually, this statement pretty much speaks for itself... .. The "Black Jack" game got started back in 2002 and has been going on ever since then. Frankly speaking, it had begun a long time before then... Or did it never literallly get started, but has always existed enabling the players to enjoy all the complex of the deepest pleasant sensations of the Individual. Indeed, it must have always been there bringing out the pleasure and delight into the hearts of people playing it. This delightful combination of the feelings simultaneously unfolding and fading away into the cold, dark emptiness of the Universe gives it Light, Motion, Life and keeps it all going... Isn't it marvellous, Ladies and Gentlemen? .... Remember, when still a child we all would play games? We used to do it with pleasure and ever so enthusiastically. Recalling this very fact makes your heart beat faster and warms you up from the inside... But what has happened now? Have we stopped playing games? Quite the contrary, we've sunk into the Game so deep that our attitude towards it has turned very serious. To such an extent that we sometimes forget it is merely a Game. Actually, at this point we sometimes face the threat of misfortunes, disillusions and bitter disappointments... To avoid all that one should just realize that the Game is being played, realize the part being played , love the Game and the people playing alongside with all sincerity. .... Everyone who has entered this page (or is playing the band's records) is cordially welcome to rock with us on the waves of the common Positiveness and experience the joyful instants of the Spiritual Unity !!!

.. ..Val (Valentyn Belyak) - bass..... ..Esthetic hooligan. He considers the art the moving power in human development. This dude's no doubt cooler than Archimedis, as he intends to move the Earth even without the fulcrum!.. ..Instead of a portrait:.. ..- What man's feature would be able to reveal that the individual has reached the state of enlightening?.. -Here it goes. You're suddenly asking yourself if it's you who's gone mad or it's the people around who are off their minds?...

...... ..Vano (Ivan Popatenko) - vocals.. .. ..The firework-like man, very well capable of setting most every soul on fire! A daring, experimenting, some-kind-of-a-genious actor. Bursting his very Inside right out when on stage. Touches your dearest and most sensitive soul chords?.. ? You barely got the chance to stay indifferent... ..Instead of portrait:.. .. An artist has to sweat it if he wants to get famous. Some of them manage to free themselves from their Ego during the hard labour's period. This usually results in the creation of the Masterpiece...But a true artist is he who succeeds in total freeing from the Ego. Such an artist's life is a masterpiece itself!.. .. ..

..Piton (Viktor ) - quitar... .. ..A true Knight of the Sad Image. This musician manages to combine in himself such features as the evident insanity, nobility, humor and the nearly transparent irony... Just like the hidalgo Don Quixotis he always remains devoted to the Humanity ideals. Viktor's nature is also remarkable for combining the experience and the acute sensation of the New and the Topical... ..Instead of a portrait:.. ..Have you ever felt upset, 'cause your hardworking has only brought you less fruit than you expected? If you happen to have experienced the feeling, recall the tale about the snail who once began to climb a cherry tree bar on a stormy, early spring day...Sparrows in a tree next to that one were giggling away looking at the efforts the snail was making. One of them flew up closer to the snail saying, .."Can't you see? You don't get any cherries from this tree."..The snail kept on crawling, saying, "I will when I get myself up there"...

...... ..Rustiko (Rustam Iskandarov) - percussion... .. ..A great friend and a gifted personality. This characteristics is very remarkable, 'cause you have many gifted musicians around of whom you don't always meet just gifted HUMAN BEINGS... ..Instead of a portrait:.. ..If you want happiness for all the Mankind you have to make one person happy every single day. It may work even better if this person is yourself....

..Fash (Andrey Trofimov) - Violin/Keyboards... .. ..A tireless wanderer and explorer of peoples' souls. "The Last Chief" living in the urban jungles... ..Instead of a portrait:.. ..-Happiness is a butterfly. Chase it and it's gonna slip away...Sit down still and it's gonna land right down upon your shoulder...-So what do I do?..-You best stop chasing it. Try to sit calm a while if your courage doesn't fail you.....