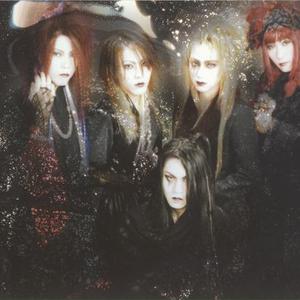 There are at least 14 bands named Mirage. 1) Mirage released numerous cover version megamixes of current pop hits during the eighties. Many of them were produced by Nigel Wright, sometimes together with Nigel Stock, John Davies & Robin Sellars. Mirage also had three vocalists that posed on the record-covers: Kiki Billy, Nicos Griffiths & Carlos Griffiths. 2) A cult hungarian new/darkwave band from the '80s.

1) Mirage released numerous cover version megamixes of current pop hits during the eighties. Many of them were produced by Nigel Wright, sometimes together with Nigel Stock, John Davies & Robin Sellars. Mirage also had three vocalists that posed on the record-covers: Kiki Billy, Nicos Griffiths & Carlos Griffiths.

2) A cult hungarian new/darkwave band from the '80s.

3) ?????? was created by KISAKI (Phantasmagoria). MIRAGE was in activity only for 3 years, but had lot of cds and concerts and yet fans.
MIRAGE was the new band of KISAKI when get out of La:Sadie's. The band started in 1997 with the start components TOMO (vocal, ex-Misty, Sense of Shape), RUI (guitar; Roadie da Tinker Bell), YAYOI (guitar, ex-De?prive, Sense of Shape), KISAKI (bass, ex-LAYBIAL, De?prive), e HIRO (drums, L?CYFER) that lately changed his name to AYAME.
Their first demo-tape, en:Rouge, was put on market at 7 de abril, wright after 3 singles and a second demo, MIRAGE, in august. Their next cd was a mini-album Arcadia and was received and loved by fans. Then more two "Kuro no rakuen" and "Ao no rakuen", that were distribuited on their live concert at Valentine's Day.
For not known reasons, TOMO left the band in the meadle of 1998 and was replaced by AKIRA (ex-L?CYFER). After his coming, the visual and sound of MIRAGE became more "dark" and heavy. Their first cd wit AKIRA was the mini-album Risk en Eve at 23 of december and until now is the most loved cd by fans.
In 1999, the thing were going pretty well with this new face of MIRAGE. They had lot os tours and made a new maxi-single "???Air" and the PV VHS "DEATH AND REBIRTH" in september.
At this time, eventhough, there were rumors of MIRAGE bronken up.
Unhapily, the band affirmate these rumor and made their last tour during winter and officialy broke up at january of 2000. Mirage said good bye to the fans with a "box-set" called "to ESCAPE" with a VHS and a Cd.

4) Mirage is a band from UK formed in 1990s by ex-[band]Camel[/band] and ex-[band]Caravan[/band] members Pete Bardens (keyboards, vocals), Andy Ward (drums) and Dave Sinclair (keyboards). They toured in 1994 and 1996 and released live albums on which they performed songs from both Camel's and Caravan's repertoire.

7) Mirage is a symphonic metal band from China.

8) Mirage is a rock band from Iran

9)Drawing his name from the optical illusion also known as fatamorgana, or more commonly as a Mirage, Filip (his first name, which in turn means "friend of a horse,") comes from the Serbian city of Novi Sad, but goes everywhere riding on a wave of art. He has been rapping since 2004, and is thus in the relatively early stages of his budding career. A mathematics student, Mirage's dream is to become the first rapper with a Ph. D. Along with hip hop, his biggest passion is photography. He once maniacally chased a dragonfly across a field until he was satisfied that he had captured it in a moment of perfection on his camera. The synthesis of the two disciplines, hip hop and photography, has led to the 2006 release of a demo album titled, "Sinkretizam 16." Mirage, however, is determined to continue to grow in both forms of art separately, or in another combination of the two throughout the coming years. Mirage urges you to gain a more detailed look into his persona through his music if you understand Serbian, otherwise he points you to his photography and lets it do the talking.

14) Mirage was also a Danish heavy metal band (active from 1982 until 1988). Their releases consisted mainly of demos, 7'' singles and EPs, though most of these can be found on the 2002 compilation album "...And The Earth Shall Crumble".

15)Greek power/speed metal band by Bob Katsionis.Released two demos "Time to Win" in 1996 and "Vibrations" in 1997

It's Been A Pleasure

Tales From The Green Sofa

...And The Earth Shall Crumble