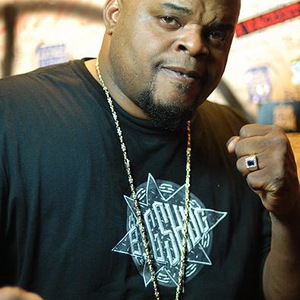 Boston rapper, founding member of the Gang Starr Foundation. He was raised in Mattapan, and used to be part of the clique "Murdapan Connection". After forming Gang Starr with older friend Guru, whom he taught how to rap, Shug got into trouble with the law and went to prison. Guru moved on to projects outside of Gang Starr. He released three albums by now, with his latest release in 2008 called 'Other Side of The Game'.

He does a Friday night radio show from midnight to 2AM with DJ Premier on Sirius Satellite Radio on Hip-Hop Nation channel #40.