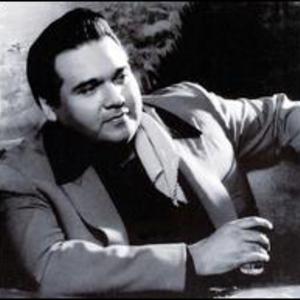 Since forming in 1988, Big Sandy & His Fly-Rite Boys have emerged as one of the world's most respected practitioners of American roots music?western swing, rockabilly, and traditional country?playing it like they invented it. "I think of us as just a rock and roll band?a rock and roll band that's letting the roots show," says bandleader Big Sandy. Whether they're playing the Grand Ole Opry, Late Night With Conan O'Brien, or simply climbing out of a bus after rolling into your town, these guys are bringing us some great old-time rock and roll.

The first lyric on their newest Yep Roc Records release, Turntable Matinee, commands us to "Drop the needle in the groove and start to move!" That opening track?"The Power of the 45, Part 1"?is a dance call to arms as well as a love song to the group's musical influences. Big Sandy sings a rapid roll call of diverse musical heroes: Junior Parker, Ronnie Dawson, Little Esther, Chuck Berry, Glen Glenn, Etta James, Johnny "Guitar" Watson. The list goes on, showing the respect the group has for the music they both listen to and create. "I think with this album we've gotten to the point where we fully and more accurately represent the full spectrum of what we were listening to when all of us were growing up," Big Sandy says. "I mean, when I was growing up in Southern California, a lot of the old R&B guys were still playing. The first show my parents took me to was Ray Charles. I used to go see Richard Berry, and Cliffie Stone still did a weekly talent show at the Palomino."


This spectrum of early influence is clearly on display on Turntable Matinee, from the western swing of "(Yes) I Feel Sorry For You" to the old-time country of "Lonesome Dollar" and the spit-curl rockabilly of "The Power of the 45." This time around, though, the group has expanded their stylistic palette even further by delving into Stax-style Memphis soul on "Slipping Away" and even bossa nova on "Spanish Dagger," of which Big Sandy says, "It's another example of how I wanted to open up to different styles."

The recording of Turntable Matinee found Big Sandy and company in a more relaxed studio setting than ever before. Over their last ten albums, the group has recorded in such hallowed musical ground as the Capital Records Studios (for the albums Jumping from 6 to 6 and Swingin' West, both produced by Grammy winner Dave Alvin) and Hollywood's classic Electro Vox Studios (for their last album It's Time!). For Turntable Matinee, however, Big Sandy said, "We were looking for a place that we could just come and go." They found just such a place in the studio of producer and friend D.E. Hannigan, whose studio made them feel at home indeed, considering it's built in the very house that bassist Jeff West grew up in. "I lived in it for my first ten years," West says. "Then I lived there again from the late 80s until '94, and now [Hannigan] lives there. The studio is in the garage."

"Recording was different this time," Big Sandy said. "I feel like it was a bit more of a creative atmosphere, because we worked up all the songs in the studio. A good example of that was the song 'Spanish Dagger.' I wrote that song . . . Well, I met a girl at a car show we were playing, then I wrote the song the next day, and then we recorded it the day after that."

In a voice reminiscent of Buddy Holly?sweet and smooth and sincere? Big Sandy delivers songs that double as musical short stories. "Haunted Heels," for example, tells the rockabilly tale of a woman who, whenever she dons a certain pair of black pumps, loses all control and stays out till the wee hours. West also contributes three standout tracks, "You Don't Know Me At All" (written by West, but sung by Big Sandy), "Lonesome Dollar," and "Mad," the last of which is a discourse on anger management about a man with a "short fuse" who just "gets MAD!"

In addition to madman West, Big Sandy's longtime cohorts in his Fly-Rite Boys include Ashley Kingman on guitar, Bobby Trimble on the drums, and Lee Jeffriess on steel guitar. The band was formed in Anaheim in during the California roots revival of the late eighties, and at first were only a trio. That initial incarnation included Trimble on the drums and generated the group's first two albums (1990's Fly Right With and 1992's On The Go), but the addition of Jeffriess in 1991 led to the shift from trio to Big Sandy & His Fly-Rite Boys. After a decade, Jeffriess took some time off to be with his family, but has now returned to the fold. His replacement for the past few years, the wonderful Jimmy Roy, is now spending time with his own family, but shared steel guitar duties with Jeffriess on Turntable Matinee. After spending so many years together, one might think the Fly-Rite Boys would be sick of each other, but Big Sandy says, "No no no. [When we're home] I still see those guys around town."

Turntable Matinee showcases some top notch musicianship?from Trimble's subtle brushwork on the slow dance number "I Know I've Loved You Before" to the mindblowing guitar on "(Yes) I Feel Sorry For You," where Jeffriess and Kingman trade blistering solos between the steel and electric guitars. Turntable Matinee also features two musical guests: Dave "Kad" Kadison playing the horns on "Slipping Away," and Uncle Ernie Vargas from the Lonely Blue Boys playing a smoking piano solo on "Mad."

Big Sandy and His Fly-Rite Boys are almost always on the road, enough to burn through two tour buses in recent years. The first was a converted passenger bus from 1949 that they retired for use on an old movie set, followed only a few years later by a yellow 1950 school bus that they left for dead in Montana. "We're flying more now," says Big Sandy. But before the school bus died, Big Sandy tells the story of driving it to one particular thrift store: "There was a kid out in front, and he was just like in awe when we pulled up. He looked a little bit confused, and then we come walking up, and he wasn't sure if he should approach us or not. Then he asked us, 'Are you guys from the past?'" Big Sandy laughs. "As if we were traveling in a time machine or something."

The group ascribes to a vintage aesthetic not only in vehicles, but also in gear -- from Kingman's 1957 custom Magnatone guitar to Jeff West's stand up bass and Trimble's vintage kit, these guys play instruments that were used when this style of music was just coming into existence.

For many acts playing music of this era, there is a tendency to look no further than the novelty of the style. Big Sandy & His Fly-Rite Boys, however, have continued to transcend their genre the same way all iconic artists do?by creating music so good, songs that are so well-written, that the genre is simply a launching pad for the integrity of the art. This music is timeless. "Well, it's become that," Big Sandy said. "Once we got comfortable with the style of music we were playing, we made it our own."

Turntable Matinee closes with a reprise of "The Power of the 45," in which Big Sandy sings, "Feel that rhythm in your soul, taking control. That's what keeps me alive, that's the power of the 45." Big Sandy isn't speaking just for himself; as you listen to him sing about his own love of the music, you can't help but fall in love with Big Sandy & His Fly-Rite Boys too.