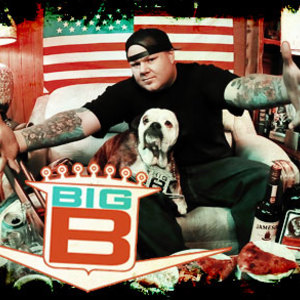 Big B is an american rapper currently signed with Suburban Noize Records as a solo artist. Along with John E. Necro, he also does vocals for Alternative rock and Hip-hop band OPM, who are also signed with Subnoize. He has been known as the "Official Suburban Noize Heavyweight". Big B born and raised in Las Vegas, Nevada. Big B started out in a band called 187 from Vegas releasing the album Furious. He was also an original member of the band Spade Brigade.

Big B born and raised in Las Vegas, Nevada. Big B started out in a band called 187 from Vegas releasing the album Furious. He was also an original member of the band Spade Brigade.


The Kottonmouth Kings, met Big B through the freestyle motocross world. DJ Bobby B, D Loc, and Richter hung out with Twitch, Scummy, Metz, and Dawes who were great friends with Big B. So Bobby B, Loc and Richter bragged on and on to the Subnoize leaders, including Daddy X, about there homie Big B and his band OPM. After checking out OPM they were very pleased, but unfortunately the band was already signed to a major label, that being Atlantic. By this time Big B had already laid down a track for the Tsunami Brothers and Richter did the same for OPM. After greatly enjoying the label Big B decided to sign a deal with the label. In the next week Big B came into the studio the next week with Mellow Man Ace(Hip Hop Hall Of Fame Inductee) and Bronek making beats. Afterwards, Ace from Ice T's camp comes in the Sub Noize office one day and is played some of Big B's work already finished. He says, "I want in" and came back the next week with a great amount of beats for him to record on. This resulted in his debut solo album under Suburban Noize Records known as High Class White Trash.

Since this time Big B has released five more albums including two with OPM and is expected to release his seventh solo album, More To Hate on August 28, 2007. He is currently known for his colaberations with The Dirtball and Subnoize Souljaz.

Take This By Storm