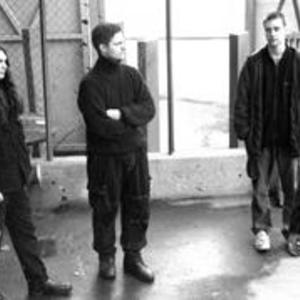 After putting out two highly acclaimed demos "Dawn" in 1994 and "Nine Worlds" in 1995, Norway's Bethzaida has finally got a deal with French Season of Mist label, whose 2nd release this seems to be. The two demos did already show the potential and original approach to dark music with nice melodic guitar work and flute and now the debut album "Nine Worlds" is out consisting of those two demos re-recorded as as well as two brand new tracks.

As the production is much better than on the demos, the songs got a whole new powerful dimension and the skills of each individual member are clearly present.
CD booklet includes band photo, obscure booklet backcover painting as well as good lyrics mostly about personal thoughts, beliefs and inner battles and they are all good, staying out of the cliche and are even quite poetic at places.

Opposite to what you might expect from a norwegian band, Bethzaida is not black metal, even the overall feeling is slightly blackish not just because of the hoarse vocals but also because of some guitarwork. However, they do also mix with some doom elements as well as death metal into a tasty stew spiced by a mocking happy flute in some of the songs like the title track and "Frozen Wastes" which happens to be my fave Bethzaida tune, been ever since I got "Dawn" demo few years ago. There is still room for improvement in arrangements but the two new tracks "Burn, Fire..." and "Forever Night" show that the writing skills of the band have not vanished since the demo days as they are more mature and complete sounding than the older tracks. The new material seems to be more diverse, mixing nice atmospheric The 3rd And the Mortal kind of melodies with harsh vocals and this gives quite high hopes for their future releases.

Bethzaida is one of the most original norwegian bands I have heard for a long time and I wonder why it took so long for them to get signed as these days almost every norwegian band gets signed if they just even slightly sound blackish. "Nine Worlds" is a refreshing album offerring something new to the saturated norwegian metal scene and the whole world. I just hope that the label has the resources to push the band enough to get all the attention they deserve. -Mega

A Prelude To Nine Worlds