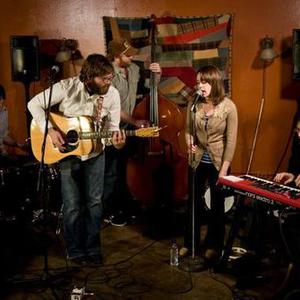 1) Bear is an alternative rock group from Sheffield, formed in the mid 1990s by Chris Trout, formerly of various British alternative groups, including A.C. Temple, Kilgore Trout, and Spoonfed Hybrid. This band has had various other members over the years, but the sound and vision of the band have always been emphatically Trout's. http://misterchristrout.com 2) Bear is the founding member of NON Records and produces what could be the soundtrack to a possessed Atari game. His synth-driven pop creations command the dance floor with funky grooves and bass-heavy vocals.

2) Bear is the founding member of NON Records and produces what could be the soundtrack to a possessed Atari game. His synth-driven pop creations command the dance floor with funky grooves and bass-heavy vocals. Inspired by the Paris Hilton environments of our time, Bear's songs create an aura as pastiche as it is fun. ?Gulfstream EP' serves as a debut effort and exemplifies Bear's distinctively ironic, dance-ready sound.

3) Bear was an indie/alternative band. Now known as Von Bear.

5) Bear is a politically and socially driven Punk Rock band from Simi Valley, CA. The band called it quits shortly after recording and releasing one full length record on Felony Records.

7) Bear is an r'n'b artist from California, United States. His myspace page is http://profile.myspace.com/index.cfm?fuseaction=user.viewprofile&friendid=51195207

9) BEAR is Punk rock band from the surrounding woodlands of Sudbury Ontario, Canada. They sing about BEARS and how hard it is being a BEAR in the north. IT IS REAL.

10) BEAR is also a Belgian Metalcore band from Antwerp.
Ever wondered what it feels like to get smashed by a ten ton hammer? Or witness a burning plane crash into a building...

Face BEAR, an Antwerp-based 4 piece. Conspired in 2010 they set out to bring audible fury to the masses.

About 103 twisted breaks and turns later their first cub saw the burning rays of sunlight in the form of a 5 track MCD 'Abstractions' which was self released. And later on became digitally available on Conspiracy Records.

BEAR spends the rest of 2010 playing numerous shows, including a UK tour with While She Sleeps. The band recieved loads of great reviews in
Metal Hammer/Rocksound/Mindview on their MCD and dropping jaws on the way with their high energy driven and destructive live performance.

By the end of 2010 their efforts got rewarded with a record deal!

BEAR is VERY proud to announce they signed with LET IT BURN Records, who re-released ABSTRACTIONS which was re-mastered for extra heavyness and fitted with new artwork.

DORADUS will hit the stores begin October. Packed with high calibre screaming, raging drums and twisted riffage, it promises to be one of the heaviest albums of 2011.

'Wreckthings', the first single of the record, hit the internet a month before the release of DORADUS. Along with an epileptic videoclip it gives a taste of the mayhem to come. Check it out online NOW!!!