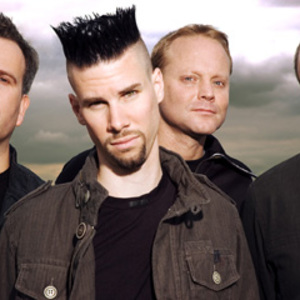 The first snows of winter, 1995, were falling as Battery Cage began locking themselves into darkened studios to undertake recording what would become their first album, Product. Although they were unaware of the twists and turns the future would bring, the original lineup of Tyler Newman, Jeremy Page, and AJ Kaelin, had a desire to bring their vision of uncompromising brutal electronics into the Boston live music scene.

Bringing the DIY ethos of punk rock, the raw power of metal, and the futuristic dance-ability of EBM together in one powerful package, the trio quickly gained a reputation for their in-your-face live performances and unwillingness to be easily pigeonholed into a single genre. The band soon found itself signed to Sinless Records, and quickly paved the way to their own self destruction through extended recording sessions, constant live performances, and well documented personal excesses.

Blinking in the autumn sun of 1997, the band found Sinless Records closing it's doors just as they delivered the master tapes of Product. Although they had managed to craft what would eventually become a critically acclaimed masterwork of disturbed yet compelling power electronics, the frustration of watching the label go up in smoke combined with the stress of deepening artistic divisions within the band became too much to handle. Jeremy decided to leave the band to pursue a career in the hip-hop scene. AJ was later removed from the project due to personal differences, and has since disappeared.

At the dawn of 1999, Josh Greco, responsible for engineering the Product sessions, came on board as a new member. Although live events continued during this time, no new material was on the horizon. Instead, several side-projects took center stage, including AEC, Din_Fiv and Informatik. Tyler spent most of 2000 through 2002 working alongside Da5id Din on not only a North American tour, but the completion of the Informatik album Nymphomatik.

The burning summer of 2003 saw Tyler and Josh, alongside the expanded lineup of Roland Adams and Paul Savio, preparing new songs that would eventually lead into the World Wide Wasteland album. While this newly realized unit began reigniting the performance front, in the studio the band created a new self-released CD single for the clubs, called "Ecstasy." The single went on to pack dance-floors around the globe, and attract the attention of US industrial powerhouse Metropolis Records. In 2004 the band completed and released World Wide Wasteland, a considerably different album from its predecessor. Focused almost exclusively on the club scene, the album spawned many new fans with its unique take on dance music: hypnotic synth patterns over technoid body beats and crunchy metallic guitars.

As World Wide Wasteland began to unleash itself around the world, Battery Cage returned to the endless night of the studio to begin production on their strongest album to date, A Young Person's Guide To Heartbreak. Initially projected to take a mere 12 months, the album would take almost 3 years to complete. During this time, the band became extremely disillusioned with the state of the genre in which they'd been placed by the media, and began making significant changes in their signature sound. Never content to repeat the formulas of previous success, the dance-floor vibe of their previous work was pushed aside to make room for a new level of extremely personal, guitar-driven songwriting.

Now, a full decade after their modest beginnings, Battery Cage returns to Metropolis Records with A Young Person's Guide To Heartbreak, a narrative of the personal dysfunction and countless wasted relationships that could be theirs, your friends, or perhaps your own. Purging the toxicity of the confessional lyrics are layers of an abrasive sonic catharsis, revealing the tragedy of a personal meltdown in hallucinogenic and nightmarish detail. A Young Person's Guide To Heartbreak, and its accompanying digitally released single (ironically titled Single), draw inspiration from the heroes of the EBM, punk and post-rock genres, and are expressed through a cast of people who find themselves in the very moment that no one wants to be found in...

A Young Person's Guide To Heartbreak