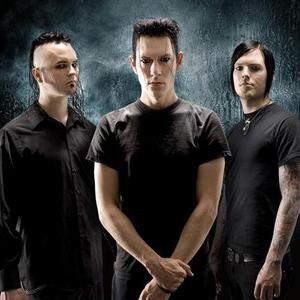 Formed in 1996 by David Andrecht and Ted Phelps, Imperative Reaction began as the remnants of the Los Angeles based D.N.A. An early demo tape entitled Debris was released in the summer of 1996 only to be recalled and destroyed after the band decided to start over with fresh material. After some experimentation, Imperative Reaction started working on a new demo to be released the following year. Imperative Reaction's first effort, Persistence of Memory, set the Los Angeles scene ablaze and earned Phelps and Andrecht a spot on the critically acclaimed compilation album, Exoskeleton Vol.

In February of 1999, Eulogy For The Sick Child was released. Comprised of material created during the band's short, three-year history, Eulogy... was an immediate success in the United States. In March of '99, the album rested comfortably in the top ten of the CMJ (RPM) charts along with topping countless college radio stations "most played" lists. The overwhelming success of Eulogy For The Sick Child prompted the legendary Zoth Ommog Records to license the album for the European Territory in April of 1999. Europe greeted the release with massive club and radio play as well as stellar reviews in publications such as Side Line and NME. "Scorpio" the opening track on the album, enjoys massive club play worldwide to this day. In the summer of 1999, the band found itself on Metropolis Records as the result of the seminal label's buy out of Pendragon Records. The rest of the year was spent playing shows to support Eulogy opening for such notable acts as Attrition, and Scar Tissue.

With the addition of Jason DM and Sam P. of Pulse Legion to the live band, 2000 proved to be a very important year for Imperative Reaction. Their explosive live shows became much more engaging than they had been in the past. Imperative Reaction began to build a reputation for itself as a must-see band as offers from venues all over North America began to pour in. In August, Phelps and Andrecht completed work on "Rift" which would be featured on the Counterbalance compilation on Inception Records the following year. The track was well received by fans and the press.

In early 2001 work began on the follow up to Eulogy.... It was clear early on that the album would be a departure from the debut with it's straight ahead approach and clean vocal style. Phelps spent the entire year writing and recording. In September, a setback occurred in the form of lost data on the main hard drive used for the recordings. In addition to pushing back the release date of the album to April 2002, it completely changed the sound and direction of the album. The album, Ruined, proved that there was more to Imperative Reaction than relentless club hits. The honesty of the lyrics matched with the raw intensity of the music that supported them set Ruined apart from other electronic industrial bands. Touring in support of the record from 2002 to 2003, the band performed in front of capacity crowds and gained many, many new fans with the successful tour.

Shortly afterwards, work began on their follow-up record. Taking nearly a year to complete, Redemption, their newest album, was established in early 2004. More aggressive than its predecessors, Redemption has a unified feel from start to finish. Each track complements the next without any letdown, and all of them could EASILY be a dance floor hit. Explosive beats, smooth programming, highly charged sequences, and vocals that accentuate the message in the lyrics made Redemption Imperative Reaction's greatest album to date. Imperative Reaction finally came into their own.

Making a splash with Redemption and 2005 tour in support of VNV Nation, Imperative Reaction began work their new album set for release in the fall 2006. With their ever-growing fan base, the band was been bombarded with requests to re-release their out of print debut Eulogy For The Sick Child. The re-issue is completely re-vamped and re-mastered with brand new artwork (including lyrics), two unreleased tracks from the Eulogy? recording sessions and a 2006 remix of their 1999 club hit ?Scorpio.? People will discover the band's evolution from darker electronic music to their now pop-friendly style, while keeping their intelligent song writing skills intact. Eulogy? shows the potential of a new band, while Redemption shows how they've grown.

Eulogy For The Sick Child