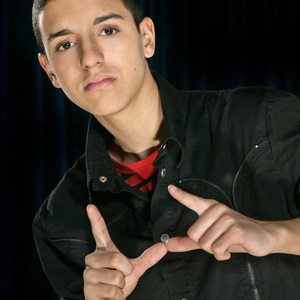 Anis Basim Moujahid (born 4 July 1992), better known as Basim, is a Danish pop singer and songwriter. He is of Moroccan origin, but lives in H?je Gladsaxe, a large housing project on the outskirts of Copenhagen, Denmark. At age of 15, he took part in the 2008 edition of the talent program The X Factor and reached the quarterfinals before being voted out. After X Factor, he started a solo singing career in Denmark with two albums released: Alt det jeg ville have sagt in 2008 and Befri dig selv in 2009.

After X Factor, Basim released his debut album in 2008 entitled Alt det jeg ville have sagt (meaning "Everything I would have said"). For the album, he collaborated with Danish X Factor judge Remee and engaged on a tour in the country. The album reached #8 in the Danish Albums Chart going gold. There were three singles from the album, "Alt det jeg ville have sagt", "Jeg vil" and "Baby, jeg savner dig".

Basim has also participated in the 2009 edition of Vild med dans, the Danish edition of Dancing with the Stars, where he danced with Claudia Rex, finishing 9th.

Basim is the son of Abdel Moujahid and his wife Zohra. His father Abdel suffered from cancer. Basim's rendition on the album Alt det jeg ville have sagt entitled "Himlen har alt for mange engle" (meaning Heaven has too many angels in Danish) was dedicated to his father. His father survives.

Basim's older brother Nabil Moujahid took part in the 2010 edition (third season) of the Danish X Factor as part of the group formation In-Joy. The 4-member formation also including Essi, Jannick and Kevin was one of the 9 finalists. However In-Joy was eliminated at the end of the second week of the live shows of the competition finishing 8th overall. He is also rumored to be dating Lani(former talk show host)