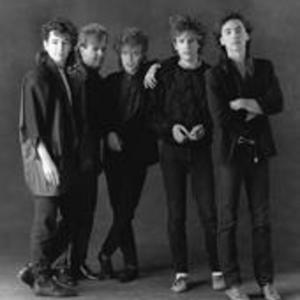 The Boston rock band Ball and Pivot was formed in early 1984 by singer Bruce Wilkinson (previously the bass player with The Atlantics), guitarist Tom Hauck, and drummer Paul Caruso (both also formerly with the Atlantics). The group's first project was an independent six-song EP recorded at Syncro Sound and released on Z-Club Records in the spring of 1984. The band was joined on the record by Tim Long (keyboards) and Skip Smith (bass), who stayed with the group when Ball and Pivot started playing live in clubs and colleges in the New England area.

The next year the group was restructured, and Gene Gilmartin replaced Paul Caruso as the drummer and Paul Michael replaced Skip Smith on bass. The group returned to Syncro Sound with producer William Garrett and recorded the 12? single "Down". With support from Aruba's travel office, in the spring of 1985 Ball and Pivot went with director Luis Aira to Aruba and made a video of the song. The single, extolling the virtues of an oral hook-up, was a huge regional radio and dance club hit, and the controversial video?-available in both regular and R-rated versions?-made it briefly to MTV.

During live performances the group was often joined onstage by vocalist Hope Moon, who was featured as the female partner during ?Down.? In 1986, the group traveled to Daytona Beach, Florida, to perform during Spring Break week. After only three days of a week-long contract the group was escorted out of the hotel by Daytona police and told not to come back, presumably due to Bruce and Hope's outrageous stage performance.

During the next two years the band played to audiences in the New England area, and performed with artists as diverse as Grandmaster Flash and the Furious Five, Nona Hendryx and INXS. In 1987 the band scored again with the rocker "Nowhere to Hide", released with a video by Jeff Hudson.

Ball and Pivot was the quintessential 80's techno rock-dance band, with success both onstage and in urban dance clubs and radio. The band continued to record and perform until June, 1988, when they played their final show. Singer Wilkinson passed away in October 2000; original drummer Caruso in May 2006.

Ball and Pivot's anthology CD Heart in the Sky was released January 8, 2008. Heart in the Sky features 12 tracks recorded from 1985-1987, including the smash hits "Down," "Two O'Clock Jump," "Downtown", "Looey Salamander" and 8 more. All have been digitally remastered, and many have never been previously released. After a month-long exclusive run at Newbury Comics, Heart in the Sky was made available at CDbaby and other online retailers in February.

Heart in the Sky