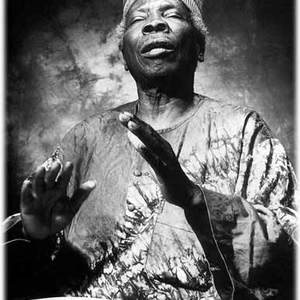 Babatunde Olatunji (April 7, 1927 ? April 6, 2003) was a Nigerian drummer, educator, social activist and recording artist. Olatunji was born in the village of Ajido, a small town near Badagry, Lagos State, in southwestern Nigeria. A member of the Yoruba people, Olatunji was introduced to traditional African music at an early age. He read in Reader's Digest magazine about the Rotary International Foundation's scholarship program, and applied for it.

He came to the United States of America in 1950. Olatunji won a following among jazz musicians, notably creating a strong relationship with John Coltrane and Columbia Records A&R man John Hammond who signed him to the Columbia label in 1957. With Coltrane's help, he founded the Olatunji Center for African Culture in Harlem. This was the site of Coltrane's final performance.

In 1959 Olatunji released his first of six records on the Columbia label, called Drums of Passion. In 1969, Carlos Santana had a major hit with his cover version of this first album's "Jin-go-lo-ba," which Santana recorded on his debut album, Santana, as "Jingo." Olatunji favoured a big percussion sound, and his records typically featured more than 20 players, unusual for a percussion based ensemble. Drums of Passion became a major hit and remains in print; it introduced many Americans to world music. Drums of Passion also served as the band's name. Notable band members included; Clark Terry, Bill Lee, Horace Silver, Yusef Lateef, Sikiru Adepoju and Charles Lloyd, among others.

Olatunji's subsequent recordings include Drums of Passion: The Invocation (1988), Drums of Passion: The Beat (1989) (which included Airto Moreira and Carlos Santana), Love Drum Talk (1997), Circle of Drums (2005) (originally titled Cosmic Rhythm Vibrations, with Muruga Booker and Sikiru Adepoju), and Olatunji Live at Starwood (2003 ? recorded at the 1997 Starwood Festival) with guest Halim El-Dabh. He also contributed to "Peace Is The World Smiling: A Peace Anthology For Families" on the Music For Little People label (1989).

Olatunji recorded with many other prominent musicians, including Cannonball Adderley (on his African Waltz album), Horace Silver, Quincy Jones, Pee Wee Ellis, Stevie Wonder, Randy Weston, and with Max Roach and Abbey Lincoln on the pivotal Freedom Now Suite aka We Insist, and with Grateful Dead member Mickey Hart on his Grammy winning Planet Drum projects. He is also mentioned in the lyrics of Bob Dylan's "I Shall Be Free" as recorded on the album The Freewheelin' Bob Dylan.