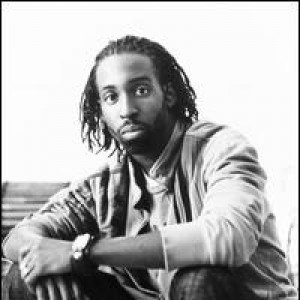 Change is not an event, it's a process. And for Tye Tribbett ? husband, father of two, Gospel singer, songwriter, producer, preacher and business man ? the pruning process of change and deliverance took root after an intense period of turmoil. Touching many with his musical ministry, Tye's fourth album release Fresh, on Axis Music Group/Columbia, positions him to step forth boldly with a new message of grace after weathering the storm of change in his personal life and ministry.

?Fresh means restored, new creature and it's my announcement that nothing is the same,? Tye declares, ?my thinking, my business, my patterns, everything is new.?

Tye has been making bold declarations and bringing forth change within his music for years with Tye Tribbett & Greater Anointing (?G.A.?), his family and ministry. Together they toured and performed with some of the biggest artists in the secular world including Whitney Houston, Faith Hill and Tim McGraw, Luther Vandross, Elton John, Justin Timberlake and Jill Scott to name a few. It was during a consecration period in between their first two albums Life (2004) and Victory Live! (2006), where Tye & G.A. made the decision to focus solely on gospel.

It was within the last year, however, that Tye learned much more about God's goodness and grace while dealing with the issue of infidelity in his marriage. Tye moved through a dark period that led to thoughts of suicide. It was here when he acknowledged he moved far away from his foundation. Ironically it was sixty day sabbatical from his musical ministry that realigned Tye to focus on his personal ministry with God and his family first. Tye recalls, ?I turned away from God and as soon as I turned back around He was ready to receive me, and I learned God does not hold grudges at all.?

On the fiftieth day, Tye received a revelation in Isaiah 43:18-19 ?Forget the former things; do not dwell on the past. See, I am doing a new thing!? The revelation and acceptance opened Tye's eyes and behold, God set forth the next phase of change. ?The Lord restored [my marriage] for the gospels' sake, not the gossip's sake.? The process also consisted of transition with Greater Anointing. ?There is a season for everything and no matter how great a season is, the next one is always coming. There was nothing wrong with G.A., it was just time for another season,? proclaims Tye. ?I had to release everybody to be who they were called to be.? Tye was clear that the Lord restored his marriage to a new position and with obedience and renewed sensibility, his music would also be restored.

With Fresh Tye is clear, the direction of the music and the ministry changed. ?It's opening a door you never opened before and walking through. It's unfamiliar and new.? While Tye wrote and produced a majority of the album, he also solicited assistance from a small handful of talented individuals along the way for the very first time. ?Fresh,? the first single and title track is a personal testimony. The uptempo celebratory dance jam produced by Pablo Vaillatoro of the Group One Crew sets forth a revived form of worship. Sonically, the pulsating rhythm of techno beats serve as the under-current to Tye's almost auto-tune laden voice as he sings ?you can't even imagine what God has so fresh.? As Tye further proclaims, ?it's a cry out to God for the frustration of the normal, same ?ole thing, yet celebrating the newness of life.?

Also from the Group One Crew, Manwell Reyes contributed as a writer and producer with the retro ?All For You.? Surrendering to the process of being produced versus being the producer, the track excited Tye with its syncopated drum patterns, because it reaches beyond gospel. ?I feel like I can go places I have never gone before- beyond the church walls to expand the brand with other inspirational outlets.?

Tye wrote and produced the first song that came during his lowest point in the wilderness, the aptly titled ?Good.? The track gives a youthful approach to praise and worship, with its drum pulses and guitar strums as he simply acknowledges, ?I love vertical songs and the God we serve is good.? Another personal song to Tye is the old soul, down home bluesy, ?Keep Me.? Inspired by his daughter catching two teenagers kissing on television, Tye provided gentle instruction on content for an age-appropriate audience to his young butterfly. Immediately, John 17 entered into Tye's spirit, acknowledging ?Jesus wants us to pray not to be kept out of this world because His power is shown by how he keeps us while we are in the fire. I can't keep my daughter, but God can.?

Anointed worship musician Israel Houghton contributes to Fresh with ?Champion? and ?Most High God (Lude).? For Tye the awesome collaboration expresses the sentiment dearest to him, citing ?I love songs that brag about how strong and mighty our God is. I can't wait to perform that song live.? The anthemic ?Champion? takes its big piano as ?Most High God (Lude)? simplifies is sounds for his vocal praise.

Both ?Your Blood (The Communion Song)? and ?Take Over? highlight Men of Standard members Isaac Carree and Lowell Pye respectively. ?Your Blood? is a big sounding choir song, while ?Take Over? is a song of sanctification. While each song amply reflects surrender to God, the humility present and accounted for is in sheer reverence for God's greatness and grace.

In the uiet stillness within, ?You Alone? simply sounds like a prayer. Inspired by Contemporary Christian Music and the total devotion to the fullness of God, Tye acknowledges, ?I want to grow my audience to a more mature worship experience and atmosphere.? Adding ?the words ask you to listen to my heart and not just the music because this is something you can pray when speaking of the Lord or speaking to Him? as the simplicity of the chords invoke the worship atmosphere. Subsequently ?Holding On? sounds like the letter to God after the prayer. ?This song stretches me and opens the door with its inspiration. When life gets hard, everybody needs something to hold on to.?

All sixteen tracks on the candid Fresh album are simple, ?I want everyone to be refreshed because there is a cleansing that takes place in worship. Whatever I was known for, I'm adding to it with this CD. I want my heart to be heard and then you will understand.? Purposeful in the acknowledgement of his testimony, Tye Tribbett's self-professed ?compassion package? is based on growing through the storms of life with full transparency acknowledging God can change someone. Tye is pursuing an acting career and becoming more involved with organizations that target bouncing back and moving forward. ?I have a greater compassion coming out of a storm because this love I experience from God, and for my wife and His people, is so big because He first loved us. Know that a relationship with God is possible.? And that is fresh.

The Bloody Win (Live At The Redemption Center)