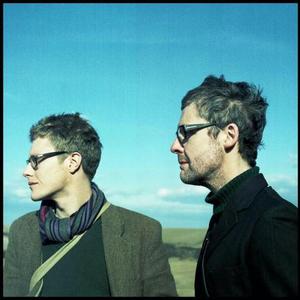 The so-called ?people's tenor? from 1927, singing about losing his lover. An 80 year old woman reminiscing about post-war rationing. An amateur astronomer explaining an equinox. A woman on the phone in a call centre in Hull. Recorded impulsively ? and sometimes secretly ? on mobile phones, sampled from vinyl, or old films, it was characters such as these that originally inspired the music of grasscut.

The music itself, sitting somewhere on the little travelled road between electro pop and modern classical, came quickly. Composed on a laptop on trains and tourbuses around the country, then finished in a home studio in Brighton. It's a celebration of England at its naffest and most beautiful, yearning for the woods but still able to hear the motorway. We call it Fisher Price ECM: somewhere between Cabaret Voltaire Murcof Vaughan Williams and the Fire Engines. Gavin Bryars, Kraftwerk and early Brian Eno are in there somewhere too. Grasscut will be going out live as a duo armed with laptop, home made software, double bass, violin, stylophone, electric guitar, and whatever else they can get their hands on.

Everyone Was A Bird