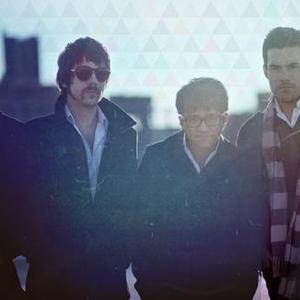 With sophisticated savvy and singularity, the Los Angeles quartet Saint Motel has built a formidable reputation on the back of inventive indie pop and wildly fun live shows. Mixing blistering pep with unique flair and rousing rhythms, Saint Motel's aural catharsis is pure bliss with a twist of cynical humor. Once pulled in by the pulsating and joyous melodies, delight can be found in the surprisingly avant-garde lyrical subject matter.

Stories reveal themselves through thematic twists and turns with a narrative voice both subversive and sincere. We find our contemporary hero assessing the world through a lens of poetic contrasts -- running down the line of his modern concerns and realizing that a mangled face can be beautiful, that honest feedback can be as lethal as any weapon, and that one might be better off when he has nothing at all. With such honest motifs strung together by tongue-in-cheek notions, delivered with such charm, the band's
intentions are often left open to interpretation. And so, what might be easily perceived as sexy with one listen, with another might seem mean-spirited or flatly perverse. That is the flair of Saint Motel's rapturous pop and the graceful dichotomy of its existence.