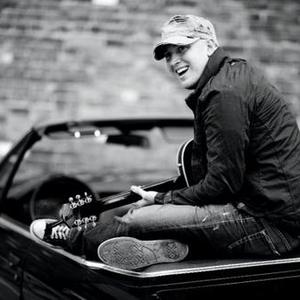 Chris McClarney is a singer songwriter and worship leader who originated from Franlin, Tennessee, United States. He has recently been catapulted to the christian music big time through one song. Chris' powerful worship anthem Your Love Never Fails has, since its inclusion as the title track on the 2008 album (Your Love Never Fails) by the California-based Jesus Culture youth movement, become one of the most popular songs in America's churches. Search for the song on YouTube and you'll find page after page of videos showing just how far the song has reached.

Now a major move is underway to establish McClarney as a top selling artist as well as a composer. In November of last year Kingsway Music released in Britain the rather bizarrely titled EP Introducing Chris McClarney. Why bizarre? Well, in 2008 Kingsway had issued a McClarney album Love Never Fails.

Broadcaster/journalist Mike Rimmer met up with Chris when he was over in Eastbourne ministering at the Mission Worship conference. Wasn't calling your second release 'Introducing. . .' a strange idea? "It wasn't my idea," exclaimed Chris. "My idea was to release a 'Greatest Hits' album first. But they didn't like that. Kingsway thought that people should get to know me. It is a little backwards, but I don't know if a lot of people have heard my first record. I put together and funded 'Love Never Fails' myself."