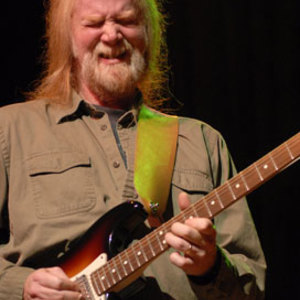 Jimmy Herring is a guitarist from Fayetteville, North Carolina. He played with the Aquarium Rescue Unit, Project Z, the Allman Brothers Band, Phil Lesh and Friends and Jazz is Dead (among others). In 2003, Jimmy became a member of The Dead, filling in on lead guitar with the remaining members of the Grateful Dead, and continued to tour with the band until their recent break following the 2004 summer tour.

Jimmy recently left his other Dead related spot, lead guitar in Phil and Friends, in November of 2005 after several years of playing with the group. In 2005, he also toured with the bluegrass oriented band the Codetalkers, which featured Jimmy on guitar with his old friend Col. Bruce Hampton (Ret.) on vocals, harmonica, and guitar. 2005 also marked the release of "Lincoln Memorial" from Project Z, of which Jimmy is a founding member. Jimmy is regarded as one of the greatest touring guitar players and has appeared with many musical legends, including Phish, [artist]Derek Trucks, Steve Kimock, Vassar Clements, Gov't Mule and many others. Since 2007 he is also the lead guitarplayer for Widespread Panic[artist], In september 2008 he released fis first official solo album entitled "Life Boat"

Jimmy is a graduate of Berklee College of Music and the Guitar Institute. He is well-known not only for his improvisational skills, but also for his curious combination of excellent speed playing and slower, more soulful leads. Although Jimmy has no one "go to" guitar, his current main axe is a gorgeous PRS Custom 22, though he changes the pickups on this awesome guitar depending on whether or not he's playing Dead music. Jimmy also sports a 1963 Stratocaster as well as several other PRS guitars (including a hollowbody) and played a 1970 Gibson SG given as a gift from Derek Trucks when Jimmy was first playing with ARU. Although Jimmy has lng been sparse to use effects, his Codetalkers rig saw him sport an Ernie Ball volume pedal and an H&K Tube Factor. Of course, he expands his effects pedals when playing Dead related music, and sports a TC Electronics M-One, and a Mutron for both The Dead and Phil Lesh and Friends.

Jimmy has cited some of his biggest guitarist influences as [artist]Dicky Betts, Steve Morse, and Jimi Hendrix, although one can also hear the angular phrasing of Charlie Parker and the wide intervals of John Coltrane come out in Jimmy's playing.

Jimmy is a major influence to myriad guitarists on the American jam scene. Jimmy is known for his amazing improvisational tallent and ability to play complex and long solos without repreating phrases. He is one of the most innoventive, dedicated, and well rounded guitarists of all time and has broad appeal through many musical varieties.

Subject To Change Without Notice