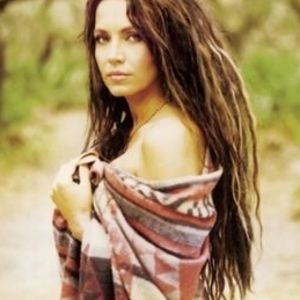 Lisa Angelle (New Orleans, Louisiana) is an American country music singer-songwriter. She is most known for writing Wynonna Judd's 1991 single "I Saw the Light", although she charted several singles of her own. She also provided the vocals for the love theme from the 1980's TV series Beauty and the Beast, The First Time I Loved Forever. --Wikipedia: http://en.wikipedia.org/wiki/Lisa_Angelle Myspace Promotion Page (not Lisa's Personal Page

Myspace Promotion Page (not Lisa's Personal Page
The release of Lisa Angelle's debut album, signals an undeniable upshift for country music. An outspoken, high-energy performer, Angelle's earthy, spirited music is delivered with a healthy portion of the natural swamp funk of her Louisiana background, while her knack for exploring intensely personal themes is bound to significantly raise the ante for female performers. Angelle wrote and produced every song featured here, most of which included the collaborative hand of renowned guitarist-producer Andrew Gold (Linda Rondstadt, Vince Gill, James Taylor, etc.). Written by Angelle, "A WOMAN GETS LONELY," her current single release, was co- produced by Angelle and Dixie Chicks, Martina McBride producer, Paul Worley. Angelle's mixture of creativity and instinct makes for an arresting series of statements (as singers Wynonna, Trisha Yearwood, Kathy Mattea and Tanya Tucker, all of whom have recorded Angelle's work, would be the first to agree).

Always involved and convincing, defiant and passionate, Angelle's New Orleans upbringing, provides an incalculably strong heritage (her father was a DJ/Program Director and preacher, her mother a regional singer/songwriter and producer) that, combined with her natural talent, makes for some free-wheeling, high-impact, "blow-the-roof-off" performances. "In New Orleans," she says, "there are no boundaries. Everybody opens their arms and embraces everything. We incorporate many, many cultures, just like the food here - it satisfies every palate. Music, to me, is that way. I need to be satisfied completely. I don't want just one thing...I want it all!" Whether tender or scornful, wistful or fiery, Angelle's no-nonsense approach is distinct and refreshing.

She describes herself as "fearless - someone who would do anything... musically, I like to just jump in there and grab it!" She adds, "Life is full of extremes and contradictions. There's such beauty and richness in the imperfections of real life. If something affects me, I usually write about it."

From the sassy, declamatory opener "4-3-2-1" to the gorgeous closing spiritual ballad "Sparrow," it is clear that Angelle is her own best interpreter. "The song Sparrow is very personal." Angelle explains," There are times when it is difficult to see past the struggle and heartache of everyday life. Sometimes we can get "lost," you know? Sparrow is my daily prayer. 'Keep my head on my pillow / When the walls all fall down / Save my tears for tomorrow / And keep my feet on the ground / Keep my hands off the wheel / When it's out of my control / And keep my eye on that sparrow / 'cause he knows the way home.'"

Angelle co-wrote (with Gold), Wynonna's No.1 hit song, "I Saw The Light." Says Lisa, "I can't remember a time in my life when music wasn't a focal point. I remember the smell of the carpet and baffles in the French Quarter studio where my mother was recording when I was just a toddler. From the time I could crawl, I was scooting around the floors of the radio stations where my dad was a DJ. It was such a thrill to sit in the control room while he was on the air. It's funny - to this day, one of my favorite sounds, is the sound of old tape reels rewinding with the volume up!"

Angelle sweeps effortlessly from intimacy and passion ("I Didn't Want to Know") to the fire breathing power of an R&B diva ("Kiss This"). "I used to 'fist fight' my brother to get him away from the television so I could watch Tina Turner, and I would think 'man, that's the coolest thing!' She 'gets in your face,' but she's full of tease, too, full of life -- sparks -- fire -- funky from the word go." The Louisiana swamp groove and country's own natural funk, crop up with sizzle, while Angelle's vocals often slide into a gospel-informed power that's chilling. "I love to fly and I love to feel the dirt under my feet. I need both -- in my life -- and in my music."

Powerful and brilliant, Angelle's vocals have a sensitivity and strength that's inspiring. Each song seems to assume it's own three-dimensional life, a series of vivid images and stories with almost a kinetic quality. Angelle reflects, "Life is full of many threads which are woven together to create our own individual lives. In my life, there are two threads that have never broken -- my faith in God -- and music. Even as a child, music made me happy -- hopeful -- even when the circumstances were bad. Music, like prayer, is communication -- a mainline to the heart -- a short-cut to the soul."

Angelle covers a lot of ground on her debut album, and each song is as colorful and concrete as a diary entry. She conjures humid, erotic fever ("Twisted," "Midnight Rodeo"), pure, abiding romantic passion ("Sin," "A Woman Gets Lonely"), celebrates the outspoken pride of a strong relationship ("I Wear Your Love," the first single), then turns around and spins a tragic, almost journalistic tale of domestic misfortune (Daddy's Gun"). Listening to the album is an adventure, a journey through light and darkness, heat and chill that never strays from the spirited, individuated drive of its creator. Lisa Angelle's untamed, no boundaries approach is going to make country music's own voyage into the 21st century an irresistible ride.