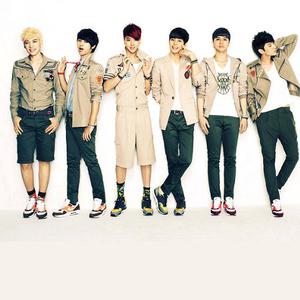 VIXX is the latest boy group to debut in 2012 from Jellyfish Entertainment. They were first introduced in the reality show program MyDol where they were selected by viewer votes to form a group. Later they officially announced their name to be VIXX which was also selected by viewers votes. Their label mates include Brian, ???, and ???. Their first single released 2012-05-24. OFFICIAL SITE: http://www.realvixx.com/ HYUK name: Han Sang Hyuk position: dance and maknae