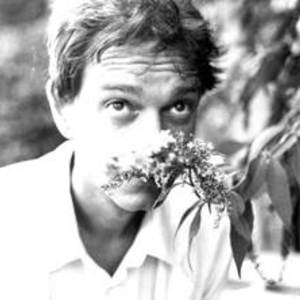 Jean-Claude Vannier is a French musician, composer and arranger. He was born during a bomb scare in Courbevoie, Hauts-de-Seine in 1943. He was particularly well known as an associate of Serge Gainsbourg and for arranging scores for film in the 1960s, though he later became a solo recording artist in his own right. His musical style was influenced by jazz, baroque, klezmer, Asian and rock forms. He was originally a record producer but was kept from working with more "commercially important" clients and forced to produce for Arabic clients.

He was originally a record producer but was kept from working with more "commercially important" clients and forced to produce for Arabic clients. This was, according to Vannier, an opportunity to explore further the musical genres he had formed a keen interest in. He later went on to work as an arranger for Brigitte Fontaine, Johnny Halliday and Michel Polnareff before being approached by Serge Gainsbourg after Gainsbourg's association with composer Alain Goraguer had disintegrated. Perhaps Vannier's most popular contribution to music was his arranging for Gainbourg's landmark album Histoire de Melody Nelson in 1971, a concept album based around a funk rhythm section with a string and chorus accompaniment. He also composed the scores for some of the films in which Gainsbourg starred ? Pierre Koralnik's Cannabis and Andr? Cayatte's Les chemins de Katmandou.

In 1972, Vannier released his first solo album, a conceptual ballet entitled L'enfant assassin des mouches ? "The child killer of the flies" ? through a little-known French label called Suzelle. The album exemplified Vannier's eclectic influences and featured a short synopsis penned by Gainsbourg. The album never drew commercial attention but has received much critical acclaim. In 1974 he released one more concept album, Interprete les musiques de Georges Brassens, detailing his work as a French composer and in 1975 his self-titled pop album on WEA, showcasing himself as a singer-songwriter.