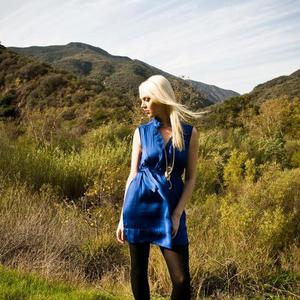 At the tender age of five, Lindsey Ray declared to her family, "When I grow up, I'm going to be a singer." The passion was in her blood, really, inherited from her father who also sang and played piano. Focusing early on her singing, Lindsey grew up performing regularly in her hometown of Belfast, ME before traveling to Los Angeles at age 13 to compete in the IMTA singing competition, where she would earn top honors.

By age 15, she was going back and forth to New York City to record with a production company in hopes of landing a record deal. After five years of trying to fit into a mold simply to please others, Lindsey knew she needed something more authentic, so she decided to start listening to her own instincts.

She moved home and began playing the piano and singing with local bands, whose styles ranged from hip-hop/funk/soul/r&b to jazz and reggae. After two years of cover songs, Lindsey began writing and composing her own original songs, a step she needed for her own satisfaction. She wrote one of her first songs, ?A Song for Sam,? after the death of a friend in the fall of 2005. Finally, with nothing but a piano and herself, Lindsey was able to become the true artist she was always meant to be.

Lindsey caught the eye of Original Signal Recordings when she uploaded a video for "Wake Me Up" - filmed live at an open mic night at the Hotel Utah in San Francisco, CA - to the MusicNation.com. Within a few months, she became one of the first artists signed to the label. Now in the process of writing and recording her first album, Lindsey strives to stay true to herself and to write real music that touches the soul. Since re-locating to California, she has collaborated with some of the top songwriters in the business, including Charlie Midnight (Christina Aguilera, Britney Spears, Seal), Shep Solomon (Daughtry, Kelly Clarkson, David Cook), and Xandy Barry (Rihanna, Miley Cyrus, Nick Lachey). The first single, "Goodbye From California," co-written with Justin Gray (Joss Stone, Emma Bunton), was recently featured in the season finale of MTV's The Real World: Hollywood.