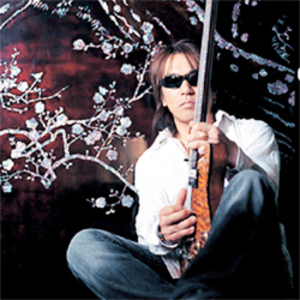 Takahiro "Tak" Matsumoto (born on March 27, 1961 in Toyonaka, Osaka) is a Japanese guitarist, producer, and songwriter. While well known primarily for his career as the guitarist and lead arranger for the famous Japanese rock band B'z, he has also had a relatively successful solo career, due to his growing renown and considerable skill. Tak is best known for writing the music for some of the most popular love songs and rock ballads in the past 20 years in Japanese popular music.

Strings Of My Soul

Dragon From The West