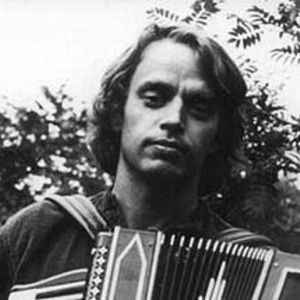 Lars Gustav Gabriel Hollmer (1948 - 2008) was a Swedish accordionist, keyboardist and composer whose work draws on influences ranging from nordic folk tunes to progressive rock. He has been a member and/or founder of over half a dozen groups, most of whose work has been recorded at The Chickenhouse, his low-tech studio in Uppsala, Sweden. His work with the band Samla Mammas Manna, in the late '60s-early '70s and up to 2002 when the reformed group played at the two-day Progfest festival in North Carolina, was and is considered progressive rock.

However, he is most centrally an empathetic and generous collaborator: whether as a member of Accordion Tribe, while working with the experimental guitarist Fred Frith, or while spending several months with Japanese jazz players, he seems to find a style that brings his partners to the fore while remaining identifiably himself. Though his work is little known in the United States, he won a Swedish Grammy award in 1999 for his record Andetag. He has also composed extensively for Swedish films, as well as for theater and dance productions.

Consistent elements of his music throughout his career include use of irregular time signatures (often changing several times within a piece), a daring sense of improvisation (particularly vocal improvisation that utilizes nonsense syllables), and use complex polyrhythms.