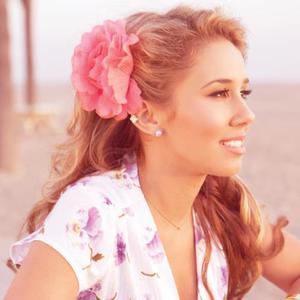 Haley Reinhart (born September 9, 1990 in Wheeling, Illinois) is an American singer who rose to fame on the tenth season of American Idol in 2011. She was eliminated, placing third, on Thursday, May 19, 2011. The Free Songfacts reports that after signing with 19 Recordings/ Interscope Records, Reinhart premiered her debut single Free along with another tune, Wasted Tears, in Hard Rock Caf? in Hollywood on February 21, 2012.

"Listen Up!" is the debut studio album by Haley Reinhart. It was released on May 22, 2012 through 19/Interscope. The lead single, "Free", was released on March 20, 2012. The album is released in two different versions: the 'Standard Edition' has a total of ten tracks while the Deluxe Exclusive Edition includes four bonus tracks making it a fourteen-song album. The standard edition is available from numerous retailers, while the deluxe edition is only available for download on iTunes and the physical CD is available at Walmart stores and their online site.

Reinhart first auditioned for the ninth season of American Idol, but did not make it to the Hollywood round.

Reinhart then auditioned for the tenth season of Idol in Milwaukee, Wisconsin. She was one of the five female vote getters in the semi-final round to advance to the Top 13.