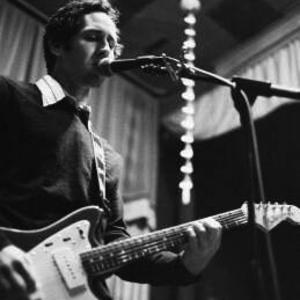 In Autumn 2002 the band recorded their debut album (Find Yourself Along the Way) at The Ship with Aaron Espinoza, the famed musician (Earlimart) and producer (The New Folk Implosion, Eliot Smith, The Breeders). Each member contributed to the songwriting process (Dean and Arthur picking up the guitar again for passages in ?Take to the Sun? and ?On Our Own? respectively). Find Yourself Along the Way is a stream of peerless compositions that inconspicuously tours the best of the early 1990s dream pop scene. But, due in large part to Harris' deliciously nonchalant voice, the songwriting progresses from that scene with momentum towards a sparkling style of noise-pop that is equally memorable and provocative. The album appeared on the Top Albums of 2003 lists of several publications around the world, with critics noting the record's crafty juxtaposition of ambience and tunefulness.

From late 2005 to early 2006 the quartet recorded their sophomore album with Jim Fairchild (Grandaddy, Earlimart) at The Ship. "Numbered Days" contains ten luminous new songs that combine infectious, melodic indie-pop with the tremulous soundscapes the band first explored on their 2003 debut. The album will be released worldwide on Words On Music in early Autumn 2006.

The Meeting Places has performed live extensively in California, including the 2003 San Francisco Noise-Pop Festival. They also played at South By Southwest in Austin, Texas in both 2003 and 2005.

In the late summer of 2008 The Meeting Places returned from a two-year hiatus. New songs are currently being worked on, as well as live shows throughout Los Angeles

Scott McDonald left the band in late 2010 and was replaced by Matt Gleason in early 2011. Currently in the early stages of writing new songs for a L.P.

Find Yourself Along The Way