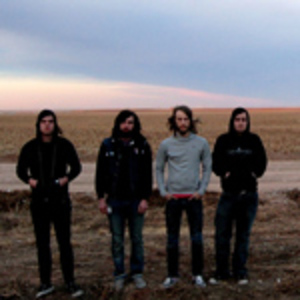 The Jonbenet began in the sweltering Houston summer of 2003. After a handful of shows with bands such as Lickgoldensky and Houston friends Highwater Waltz, the band recorded a 7-song demo. Following a lineup change, they self-released a five-song EP entitled "Five Stories Retold." Not more than five months later, the band self-released three new songs on a split EP with fellow Houston band The Kidnap Soundtrack. During all this time, the Jonbenet hit the road hard, embarking on three DIY tours. Two full US (including Canada), and one of the west coast.

The music of the Jonbenet consists of a blend of indie stylings, metallic urgencies, and a post-hardcore sense of delivery laced with southern elements. Before the band's most recent US tour, The Jonbenet were approached by Pluto Records. After signing with the label, Pluto released "The Plot Thickens," a discography of sorts, combining remastered versions of both self-released EPs recorded in the past year. Since the release of "The Plot Thickens," the band has toured heavily on both DIY tours as well as touring with The Fall of Troy, At All Cost, Fear Before The March Of Flames, The Number Twelve Looks Like You, and Heavy Heavy Low Low.

The Jonbenet will conclude their musical endeavors late 2009.