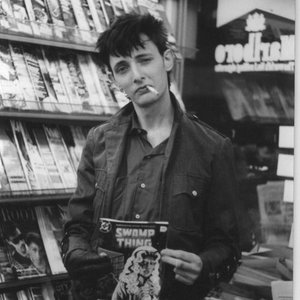 Rowland Stuart Howard (24 October 1959 ? 30 December 2009) was an influential rock musician, guitarist and songwriter, based in Melbourne, Australia, best known for: his work in the Antipodean discophile art-rock groups Young Charlatans, The Boys Next Door and The Birthday Party (both featuring the singer Nick Cave), Crime And The City Solution and These Immortal Souls; his macabre lyrics and imposing roots-based guitar playing; and his song Shivers, which he wrote early in his career, and for which he received peer group kudos.

In 1999, he released his first solo album, "Teenage Snuff Film", which he followed up with the album "Pop Crimes" a decade later. The second album was released in October 2009, only 2 months before his passing.
He passed away on December 30th, 2009 after a long battle with liver cancer.