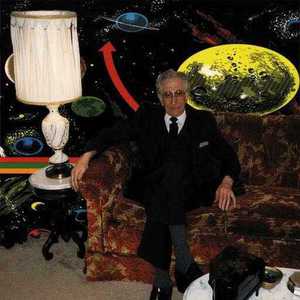 Attilio Mineo (born 28 August 1918, in Brooklyn, New York) might have moved from obscure to completely unknown but for the enthusiasm of a few devoted fans like Jack Diamond and Stefan Kery, who kept trumpeting praises of Mineo's innovative early electronic space age pop work, Man in Space with Sounds. Created for the 1962 Seattle World's Fair, which itself provided several space age icons--most noteably the Space Needle--Mineo's album combines his modernistic compositions with alien-sounding effects laboriously produced on pre-Moog electronic instruments.

As a novelty item from the Fair that accompanied a clear plastic sphere/elevator known as the Bubbleator, the album quickly disappeared and now fetches as much as $100 or more among collectors. Fortunately, thanks to Jack and Stefan, Man in Space with Sounds is now restored and available in an excellent CD reissue on Stefan's Subliminal Sounds label.

Mineo studied music after high school and played piano with a number of lesser-known big bands through the late 1930s and early 1940s. He began arranging early on, and eventually led his own band, which never took off beyond the regional level. He kept it going on an intermitten basis for nearly 28 years. Mineo began to concentrate on composing and arranging in the late 1940s, and it appears he took on commercial work as a means to pay for time to work on his own compsitions. He composed five symphonies and four string quartets, and scored incidental music for plays and several early television shows.

Mineo also worked with a variety of vocalists, including Lou Monte, an Italian-American singer who often appeared on "The Ed Sullivan Show" and his best remembered for his minor 1963 hit, "Pepino the Mouse." He also collaborated with his wife, Toni, on numerous musical enterprises, including over 400 songs. The couple formed and continues to run their own music publishing company, Mineo & Mineo Music Publising. Among other things, Mineo & Mineo published several hundred songs Mineo has composed over the years.

Man In Space With Sounds