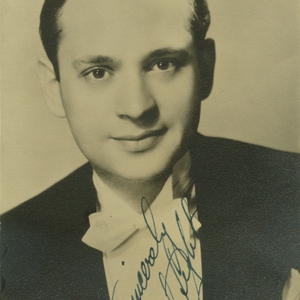 Enoch Light (August 18, 1905 - July 31, 1978) was a classical violinist, bandleader, and recording engineer. He is credited with being the first musician to go to extreme lengths to create quality recordings that took full advantage of the technical capabilities of home audio equipment of the late 1950s and early 1960s, particularly stereo effects that bounced the sounds between the right and left channels (often described as "ping-pong"). He arranged his musicians in ways to produce the kinds of recorded sounds he wished to achieve, the first to do so.

The first of the albums produced on his record label, Command Records, Persuasive Percussion, became the first huge hit based solely on retail sales. His songs received little or no airplay on the radio, because AM radio, the standard of the day, was monophonic. Light went on to release several albums in the Persuasive Percussion series, as well as a Command test record.

The Golden Era Of Glenn Miller (With The Light Brigade)

Spaced Out (With The Light Brigade) (Vinyl)