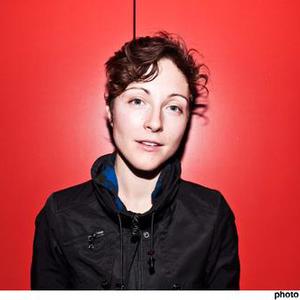 POLI?A (pronounced po-lisa) began as a collaboration between fellow Gayngs' members Channy Casselle and Ryan Olson in June of 2011. By July they had completed 11 songs, made the key additions of drummers Ben Ivascu and Drew Christopherson, bass player Chris Bierdan, and headed into the studio. After Mike Noyce (Bon Iver) lent his voice on ?Lay Your Cards Out? and ?Wandering Star,? the record was brought to Austin, TX to be mixed with Jim Eno (Spoon).

In a few days, the LP was completed and the band Poli?a was formed. On stage, the original beats composed by Olson play amongst Channy's passionate vocals & an intense rhythm section, that lead to a description somewhere in the area of electro-r&b goth-pop.

When We Stay Alive

Lay Your Cards Out (CDS)

Give You The Ghost