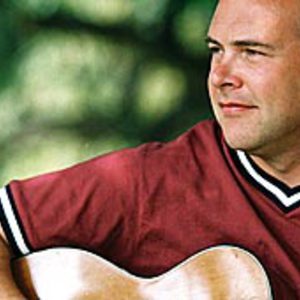 Raised on the west coast of Canada in Abbotsford, British Columbia, Canada, Brian Doerksen has always had a passion for expressing worship through music. In the late 90's he lived in the UK for 2 years, where he trained worship leaders and songwriters in the UK and Ireland and produced Hungry (Best Worship Project 2001 Praise Awards ? Worship Leader Magazine) and Come now is the time. After returning to live in Canada , he continued to produce for Vineyard Music and then did his first recording with Integrity in Dublin , Ireland called You Shine in 2002.

Brian was presented with the ?International Award? in 2003 by the Gospel Music Association in America .

His songs include Come, Now Is the Time to Worship, which is reached the top 5 on the CCLI charts. Other songs include Hope Of The Nations, Faithful One, Refiner&rsquo;s Fire, and Hallelujah (Your Love is Amazing).

Today , his latest recording with Integrity was released in the summer of 2004 on CD and DVD and was the #2 selling Christian CD in Canada for 2004. Today is also one of the featured songs for the summer 05 gatherings of Promise Keepers in the USA . In May 2005, Brian received two SHAI awards (Canada's Peoples' Choice Gospel Music Awards); ?Worship Album of the year? for ?Today? & ?Male Soloist of the Year?.

He is also developing a musical of hope based on Luke 15 called ?Return', and preparing for his 3rd recording with Integrity Media which will be released in 2006.

He and his family (wife of 20 years Joyce, and 6 children) live in Abbotsford, British Columbia, Canada.