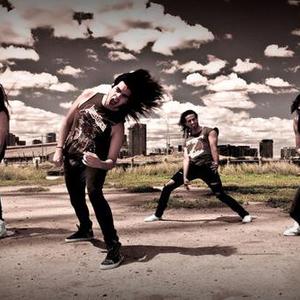 Forming in 2003 and circling the live scene in Victoria since 2004 Elm Street have taken the metal scene by storm with their unique style of traditional heavy metal. With a style that is heavily influenced by bands such as Iron Maiden, Judas Priest, Manowar and Savatage, Elm Street have claimed their spot in the vastly growing new wave of traditional heavy metal. Their live show has been deemed "In your face, energetic and taking you back to the 80's" which proves the potential of such a young band.

Their live show has been deemed "In your face, energetic and taking you back to the 80's" which proves the potential of such a young band. With members averaging the age of 21 years of age Elm Street has completed shows with Australia's biggest metal/rock bands such as Vanishing Point, Electric Mary, Behind Crimson Eyes, In Malice's Wake and legends The Angels.

With an impressing amount of shows under their belt they have grown an eager following around Victoria and interstate. After recently completing capacity shows at Melbourne's most popular metal/rock bars and clubs such as Back In The Day, Cherry Bar and The Arthouse Elm Street have no doubt been the talk of the local metal scene in 2010.

In April 2011 Elm Street will be delivering their debut album ?Barbed Wire Metal? to listeners worldwide. Produced by Ermin Hamidovic (Eye Of The Enemy, In Malice's Wake, Orpheus) and Mastered at Panic Room Mastering in Sweden (Scar Symmetry) plus featuring artwork by metal legend Ed Repka (Megadeth, Death, Vio-Lence, Municipal Waste) Elm Street prepare to take on the international scene with full force and carry a product that will see great exposure. The album will be made available for purchase at iTunes, Amazon MP3, eMusic and Rhapsody.

2011 will no doubt leave you screaming for more BARBED WIRE METAL!

Knock 'Em Out - With A Metal Fist