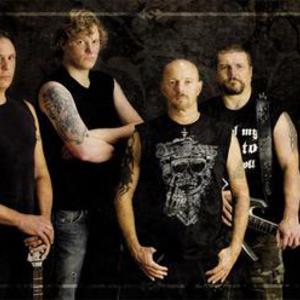 FireForce was founded in August 2008 by former Double Diamond members Flype and Erwin. Soon the band was completed by THB (drums ex-Double Diamond) Joeri (Guitars ex-Self Inflicted) and Patrik (Bass ex-Grinning Ghoul). In Februari 2009 the band entered the studio to record a 4 song EP which was produced by Mystic Prophecy singer RD Liapakis. After this Joeri decided to put his family first and was replaced by Steve Deleu (ex-Gwyllion).

The 4 song EP finally led them to a record deal with 7hard records from Germany, after this, THB decided to leave the band due to musical and personal disagreements , Tom Heijnen replaced him just to do the recordings... be prepared for a metal anthem in 2011 - The metal will rage on!