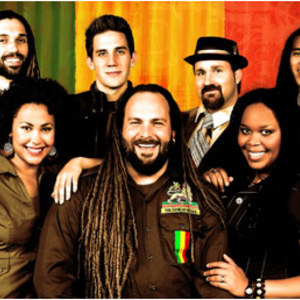 Christafari was founded in 1989 by songwriter, producer, and lead vocalist, Mark Mohr. Raised in a Christian family, Mark strayed from his Godly upbringing and, during his teens, became involved in hard drugs and alcohol. As an answer to many prayers, the Lord delivered Mark from his addictions at a Christian camp at the age of 17. After serious prayer, God impressed on his heart to start the first Christian reggae band in America.

In 2004, Christafari recieved three awards for Album of the year, Best Artist/Group, and best Producer from the Urban Gospel Industry Awards (July 17th). The band's dynamic performance in Sweden in 2003 landed them a Concert of the Year nomination from the Connection Awards. Christafari was nominated for the 2002 Marlin award for International Artist of the Year. Their album, Word Sound & Power, was also nominated for four Marlin Awards in 2000 and Their Gravity release was nominated for two Marlin Awards in 2004.

The name is pronounced CHRIST-AH-FAR-EYE, in Greek, the original language of the New Testament, Christafari is the name given to "a group of people who collectively represent Christ."