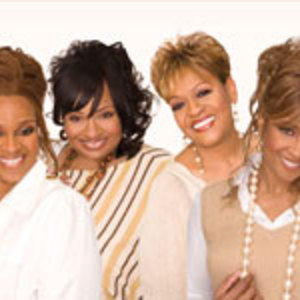 1. The Clark Sisters is an African American gospel vocal group consisting of four sisters: Elbernita "Twinkie" Clark, Jacky Clark Chisholm, Dorinda Clark Cole, and Karen Clark Sheard. A fifth member, Denise Clark Bradford, no longer performs with the group. The Clark Sisters are the daughters of gospel musician and choral director Dr. Mattie Moss Clark. They are credited for helping to bring gospel music to the mainstream and are considered as pioneers of contemporary gospel.

The Clark Sisters were born and raised in Detroit, Michigan. They each began singing at an early age and by the late 1960s they were all performing together in church services, usually singing songs written and arranged by their mother. A few years later, Dr. Mattie Moss Clark turned over control of the group to Twinkie, who would then go on to write, arrange, conduct and produce all of the Clark Sisters recordings. In 1973, the sisters recorded their first album, Jesus Has A Lot to Give, on their uncle's local label Billmo Records.

2. The Clark Sisters also refers to a vocal quartet from the 1950s and 60s, also known as the Sentimentalists when they sang with Tommy Dorsey. They recorded an album entitled ":Beauty Shop Beat" in 1960, containing barbershop standards such as ":Waiting for the Robert E. Lee", "Coney Island Baby", and "That Old Gang of Mine".

A Salute To The Great Singing Groups / Swing Again

You Brought The Sunshine (VINYL)

He Gave Me Nothing To Lose (But All To Gain) (Vinyl)

Count It All Joy (Vinyl)