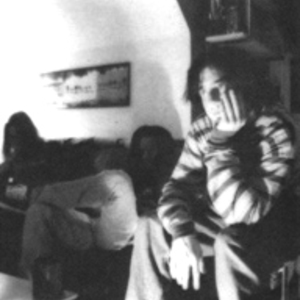 Argyle Park was an industrial band that released one album, Misguided, on REX Records in 1994. While shrouded in mystery for some time after their album release, it is now known that the band members Dred and Deathwish were aliases for none other than Scott Albert, then of the seminal industrial bands Circle of Dust and Brainchild (and now known as Klayton, the powerhouse behind Celldweller). Buka was the other "real" band member, and in addition to himself and Albert, the album featured various guest vocalists and musicians including Klank...

Misguided is fondly remembered as a pivotal and widely influential album both within the Christian industrial sub-scene and in the scene at large. The album blended many genres through a solid framework of industrial metal, featuring spoken word, chant, experimental electronica, horns, heavy use of samples, and even ragtime piano. In addition, the album was filled with dark, bitter lyrical themes purportedly written as catharsis for an abuse scandal at the band's church while growing up. Given the nature of the Christian music industry through which the album was distributed, the themes of the album brought much backlash against the band for being "too dark" or "not Christian enough", and the the controversy became so heated that the project was called off in 1996 before a proposed split EP with Klank could be finished.

In the summer of 1995, Argyle Park made their only live performance at the Cornerstone Festival in Bushnell, Illinois.

Argyle Park "reopened" in 1999, appearing on Tooth & Nail Records' roster as AP2. They released one album called Suspension Of Disbelief in 2000, but once again faced some controversy due to the themes in the record. This time around, Klayton acted as producer and co-writer on only a couple of songs while Buka and Level (another one-man industrial band with a strong following in the underground, and now known to be Klayton's younger brother) created most of the album themselves. Tooth & Nail had no framework for marketing an industrial band and, due to poor sales, AP2 was dropped later that year and disbanded once again.

Long out of print, Misguided was recently bought, remastered, and reissued by Retroactive Records in a limited edition run of 1000.