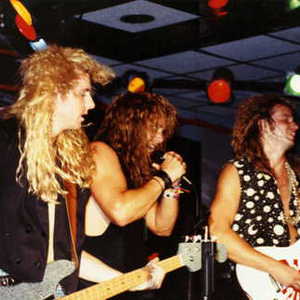 X-Sinner is an American White Metal band formed in late1988 by guitarist Greg Bishop. The band is known for having a very similar sound to that of AC/DC, Kix and Def Leppard. They were named the favorite new band of 1989 by the readers of HM Magazine. Their first two albums were produced by John Elefante (Kansas) and released on Pakaderm Records, his label. They have released 4 full length albums and have released a new album for 2009 titled World Covered In Blood on Image Records which has been highly praised in the rock and metal press here and abroad.