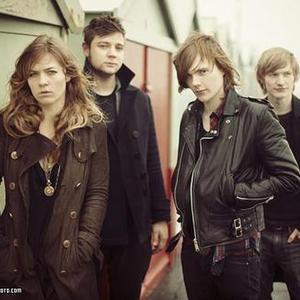 Kill It Kid are a blues-inspired five-piece formed at Bath Spa University in the UK. They're fronted by the two part harmonies of Chris Turpin and Stephanie Ward. Turpin's voice has been compared to Anthony Hegarty (of the Johnson's fame), whilst Ward's softer huskier tones provide the perfect foil. They play guitar and piano respectively, whilst Adam Timmins on bass and Marc Jones on drums provide the rhythm.

Their 2nd album, "Feet Fall Heavy" was released in September 2011, featuring the single "Pray On Me". This is the follow up to their eponymous debut from October 2009 which also featured Richard Jones on fiddle who has since left the band.