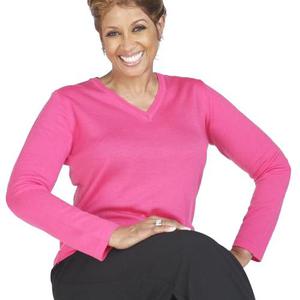 Born and raised in Detroit, Michigan, Clark Cole began singing at an early age with her sisters Karen, Twinkie, Jacky, and Denise. The sisters sang in their pastor father's church and usually performed songs written and composed by their mother. Clark Cole, who is referred to as the "jazzy sister" of the group, helped develop what is known as "The Clark Sound", which often features high and fast melismas, riffs, runs, and soulful growls.Dorinda sang lead on "Overdose Of The Holy Ghost", the B-side to The Clark Sisters' biggest single "You Brought The Sunshine".

Clark Cole's self-titled solo debut, released in 2002, won two Stellar Awards and a Soul Train Lady of Soul Award (Best Female Gospel Artist). The album featured the hit single "I'm Coming Out". Her second album, The Rose of Gospel, was released in 2005. The live portions of both albums were produced by Asaph Ward, famous for his work with Kim Burrell who counts Dorinda as well as the Clark Sisters as a direct vocal influence.

Dorinda was featured on the title track of Kirk Franklin's Hero album.

In addition to being a recording artist and evangelist, Clark Cole is a prominent figure in the Church of God in Christ, serving as president of the First Ecclesiastical Southwest Jurisdictional No. 1 of the Church of God in Christ and vice-president of the COGIC's International Music Department. She is an administrator and instructor at the Clark Conservatory of Music in Detroit (founded by Mattie Moss Clark in 1979), and is an administrator at the Greater Emmanuel Institutional COGIC, pastored by her brother-in-law, J. Drew Sheard (Karen's husband).