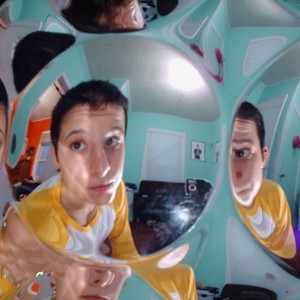 Katz, with his Jewish roots dressed in cowboy boots, has often hailed spokenword as ?cheap therapy?. His pieces take a brave dive into a deep pool of personal, political, and sexual perspective. Katz performs under the persona of the Athens Boys Choir. The Athens Boys Choir has toured nationally since 2003, performing with such artists as the Indigo Girls, Bitch, The Butchies, Danielle Howle, and Michelle Malone.

The Athens Boys Choir has toured nationally since 2003, performing with such artists as the Indigo Girls, Bitch, The Butchies, Danielle Howle, and Michelle Malone. He has also opened for poets of HBO's Def Poetry Jam on more than one occasion. What started as a true love of writing since childhood has turned into a blissful career.

Katz uses his poetry to entertain and inform. Transgender issues are one of his hot topics and he was honored to be a part of Atlanta's Transgender Day of Remembrance in 2004.

A Miami native, he also finds writing inspiration from a Jewish upbringing, and a love/hate relationship with politics. A line from one piece reads ? We all got these subliminal feeding tubes, ?cause patriotic nourishment is easier when you don't have to chew, when the heroic value of war is fed to you?.?

Of course, being a southern boy, Katz isn't afraid to let loose and have a little fun. Singing and New Kids on the Block dance moves are known to make an appearance at nearly every show.

From a sports bar in San Diego to a sold out crowd at the Bowery Ballroom in New York City, the rhymes and rhythms of the Athens Boys Choir have struck a chord in the most diverse of audiences; many whose members claimed they disliked spokenword until the Athens Boys Choir was let loose on them. With one CD already released on Daemon Records and another self-released, Katz/The Athens boys Choir is a force to be reckoned with.